HTC One M9 Plus, One E9 Launch Expected at Company's April 8 Event

Share on Facebook Tweet Snapchat Share Reddit Email Comment
Rumours and leaks surrounding HTC One M9 Plus and HTC One E9 have been around for a while now. The latest in the are new purported images of One E9 and One M9 Plus, as well as a purported video of the latter's dummy. In the meanwhile, the company has reportedly started sending out invites for an event on April 8.

The event invite features the tagline 'More than One', and show the back of smartphone with a brushed metal dual-tone build and a duo-camera setup that bears a massive primary lens below the smaller depth-sensing lens. The smartphone in the image is perfectly in line with previous leaks.

As for the leaks, we have already seen plenty of purported images of both the smartphones, and the new images are in-line with them, tipping it is very likely that both smartphone might appear very similar at the final product launch.

Let us start with the large screen variant of the HTC flagship One M9, the anticipated One M9 Plus. Upfront, the One M9 Plus is said to feature a slightly bigger 5.2-inch display with additional physical home button. Although we don't know what else the home button is for, since there also three on-screen touch buttons visible in the images, it is possible that the home button is meant to be the One M9 Plus' rumoured fingerprint scanner, similar to that seen on the Galaxy S5, Galaxy S6, Galaxy S6 Edge, iPhone 5s, iPhone 6, and iPhone 6 Plus.

The HTC One M9 Plus dummy visible in the video by Nowhereelse, and the One M9 Plus unit in the live images by a Chinese blog iapps, certainly indicate the smartphone is slightly larger than the already-launched One M9. 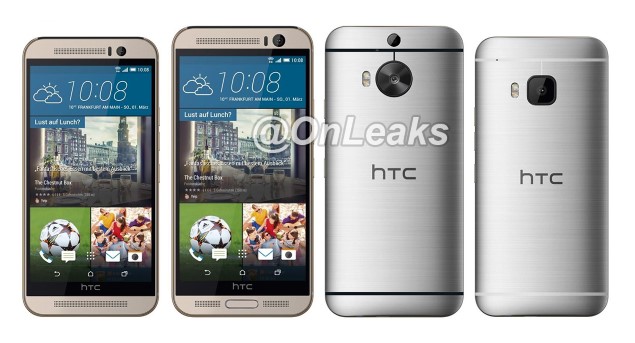 The HTC One M9 Plus live images also include an image of the AnTuTu benchmark results on the phone, and show a QHD display resolution, a 64-bit octa-core MediaTek MT6795T SoC, PowerVR Rogue G6200 GPU, a 20.1-megapixel camera, 3GB of RAM, and 32GB of built-in storage.

Last month, Upleaks tipped specifications of the HTC One M9 Plus (Hima_Ultra) noting that the device will be exclusive to Asian markets with a MediaTek SoC, and that the EMEA/ USA Snapdragon variant has been cancelled. 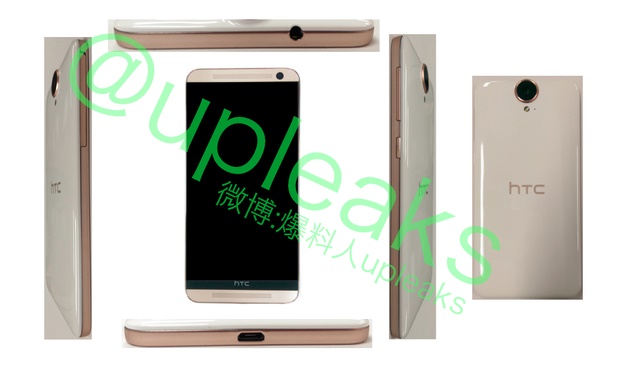 Talking about the One E9, Upleaks posted some purported images of the device on Wednesday, which are in-line with the images listed on Chinese certification authority Tenaa earlier this month. According to the Tenaa listing, the anticipated One E9 (listed as HTC E9pw) will pack an octa-core 64-bit Mediatek MT6795 SoC clocked at 2GHz and 3GB of RAM. Upfront, it is listed to feature a 5.5-inch Quad-HD (1440x2560 pixels) display and include a 20-megapixel rear camera with a big camera lens that appears very unconventional in the images.

HTC One M9 Plus, One E9 Launch Expected at Company's April 8 Event
Comment