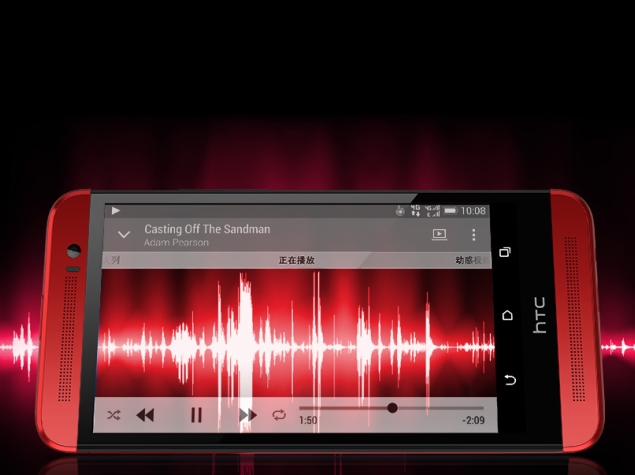 HTC has introduced a new variant of its 2014 flagship smartphone, dubbed One (E8) aka HTC One Vogue Edition. The smartphone is now listed on the company's China site, and notes a June 3 launch date.

The HTC One (E8) sports a similar design to original HTC One (M7), though it features curvier, plastic body (polycarbonate) instead of a metal casing.

The official specifications listed of the One (E8) are in-line with earlier leaked reports; and are more in line with the HTC One (M8) - the One (E8) comes with a 2.5GHz quad-core Qualcomm Snapdragon 801 processor, alongside 2GB of RAM.

The plastic edition of HTC's One (M8) flagship comes with a 13-megapixel rear camera and also houses a 5-megapixel front-facing camera. However, the One (E8) misses the highlight of the One (M8) - the dual rear camera setup that puts a 4-UltraPixel camera alongside a depth sensing camera. 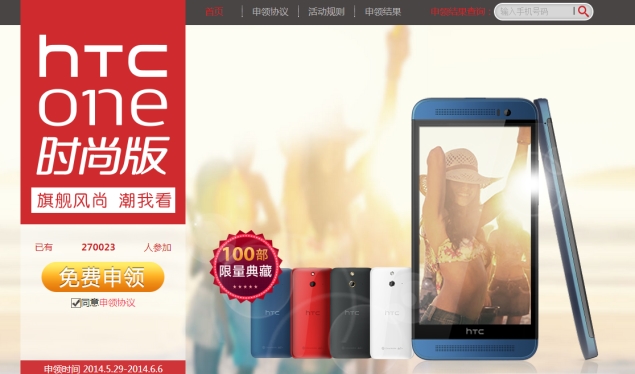 While there is no word on the display of the HTC One Vogue Edition, previous rumours have been tipping a 5-inch full-HD display on board. However, the display size or screen resolution have not yet been revealed about smartphone. There is also no word on the Android version, but considering that the One (M8) runs Android 4.4.2 KitKat out-of-the-box, we expect the One (E8) to run KitKat as well.

As of now, there is no mention of the other specifications such as battery capacity, connectivity options, inbuilt storage and expandable storage on the new HTC smartphone.

Earlier this month, HTC without mentioning anything about an upcoming curvy smartphone, but supposedly hinted at M8 Ace, with a tweet stating "More beautiful curves coming soon," along with an image which quotes Edward George Bulwer-Lytton - 'In life, as in art, the beautiful moves in curves'.

Reports have been claiming that the Taiwanese maker is also working on a 'Prime' variant of the One (M8) (Review | Pictures).

The HTC One (M8) was made available in April in India.

Mobiles launched in May 2014
Affiliate links may be automatically generated - see our ethics statement for details.

Tablet Sales Dipping Due to Adoption of Large-Screen Smartphones: IDC
Swede Pleads Not Guilty in US Over 'BlackShades' Malicious Software