HTC One aka HTC M7 seen in fresh leaked picture; looks like a winner 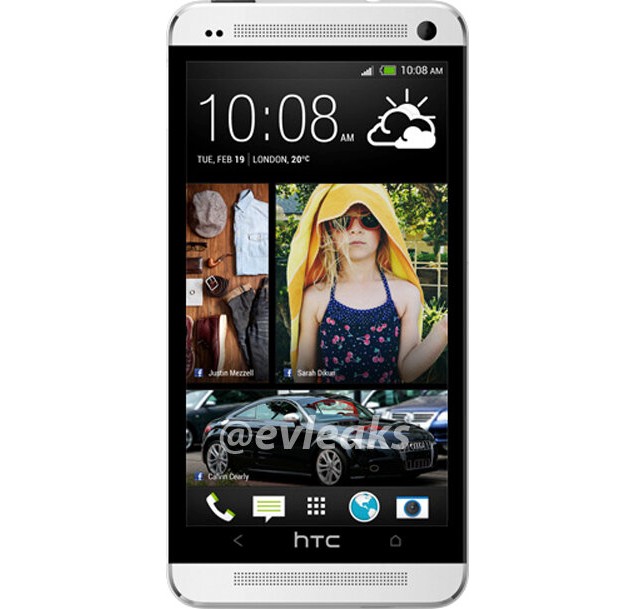 The notorious @evleaks has done it again. The user has posted a clear picture of the HTC One, 2013, which is allegedly the same device that has been the subject of multiple leaks under the HTC M7 codename.

The image (seen above), if real, would put the HTC One aka HTC M7 in the league of stunningly designed phones. The pictured phone features a very thin bezel and sports dimensions and design that look similar to the iPhone 5, rather than the big Android phones that we've seen off late. Interestingly, the phone feature seems to feature only two capacitative touch buttons, Back and Home, instead of the usual three or even four buttons that are found on typical Android phones.

The top and bottom of the phone feature identical speaker grills, with the top also having two noise-cancellation microphones on the left and the front-facing camera on the right. The phone features curved corners on what looks like a all-metal body.

Also seen is the brand-new Sense UI, that looks as refreshing as the phone itself. Brand new weather and people widgets as well as home button icons can be clearly seen.

While it remains to be seen if this indeed turns out to the HTC One aka HTC M7, one wouldn't bet against @evleaks' past record. Based on the image, we expect the phone's design to find a large fan following.

The HTC M7 aka HTC One is rumoured to come with 4.7-inch 1080p display and is expected to be powered by a 1.7GHz quad-core processor display alongside 2GB RAM. It is said to have a 4.3 'ultrapixel' rear camera and run on Android 4.2 skinned with a layer of the brand new Sense 5.0 UI.

The phone is expected to be announced in London on February 19 and likely to go on sale in UK from March.
Comments