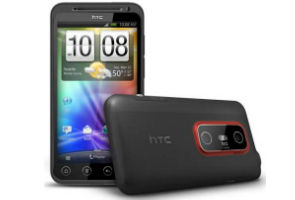 Highlights
HTC India has launched the EVO 3D, which can capture and view 3D content without the use of 3D glasses.

The phone will be powered by Android 2.3 Gingerbread and will feature a 4.3-inch 3D capable QHD display.

At the heart of the phone, there is a dual core 1.2 GHz Qualcommn Snapdragon processor and it features dual 5 megapixel cameras. The cameras can click stills in 2D as well as 3D and is also capable of shooting 3D videos. The camera can shoot 2D video in 720p HD. The device also supports a 1.3MP front facing camera for video chat.

The phone will also come with a 4GB memory card. Other specifications include 1GB internal memory, 1GB of RAM and a large 1730mAh battery. Apart from supporting a large array of audio and video formats, the phone also supports DLNA for wirelessly streaming media from the phone to your TV or computer.