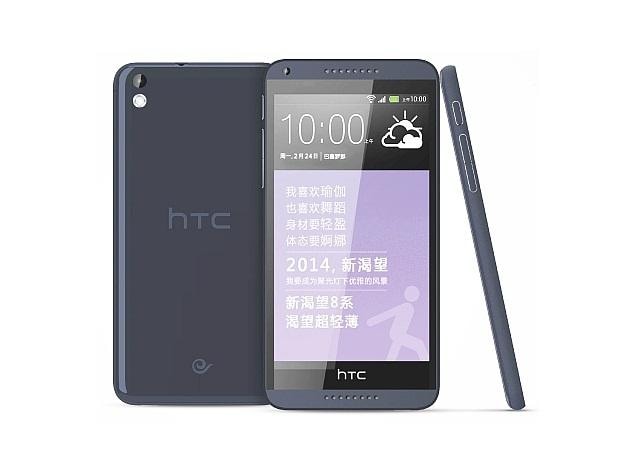 HTC has announced the launch of Desire 816 mid-range handset at the Mobile World Congress 2014 in Barcelona. HTC also confirmed that it will launch the successor to the HTC One on 25 March.

While HTC Desire 816's price and availability are still being kept as a secret, we do know that the smartphone will sport a 5.5-inch HD (720x1280 pixels resolution) display and be powered by a 1.6GHz quad-core Snapdragon 400 SoC processor paired with 1.5GB of RAM. It will come with 8GB of internal storage with support for microSD cards up to 128GB, which may just be the highest expandable memory capacity handled by a smartphone. There's no word on the Android version on the smartphone, though HTC did confirm the presence of a brand new HTC Sense 5.5 UI on top.

HTC Desire 816 sports a 13-megapixel f2.2 rear and a 5-megapixel front-facing camera. The handset ditches the firm's Ultrapixel camera technology, seen earlier in the HTC One and the HTC One Max. The smartphone is backed-up by a 2600mAh battery, is just 7.99mm thick and weighs 165g. HTC Desire 816 will offer LTE and HSPA+ (up to 42Mbps) connectivity options.

Interestingly, the handset is the first HTC device to incorporate a Nano-SIM instead of a Micro-SIM card. The Desire 816 is said to launch in China by next month around 18 March and will be followed by a launch in April.

The HTC Desire 816 will arrive in white, black, red, yellow and purple colour variants, as seen in the previous leaks via the firm's Sina Weibo account. HTC Desire 8 would also be sporting the firm's native BoomSound functionality.