HTC has silently launched new smartphone in its Desire-series in China, named HTC Desire 728 Dual SIM. The smartphone is up for pre-orders and is expected to start shipping by mid-September. The firm has not yet revealed the price of the dual-SIM handset.

The HTC Desire 728 Dual SIM runs Android 5.1.1 Lollipop with HTC Sense and features a 5.5-inch HD (720x1280 pixels) IPS display like the Desire 820G+ Dual SIM, which was launched in July. It packs the same 13-megapixel rear camera with LED flash, but a 5-megapixel secondary front-facing camera instead of an 8-megapixel one. Also, the handset is powered by a slightly less powerful octa-core MediaTek MT6753 SoC (clocked at 1.3GHz) and 2GB of RAM. 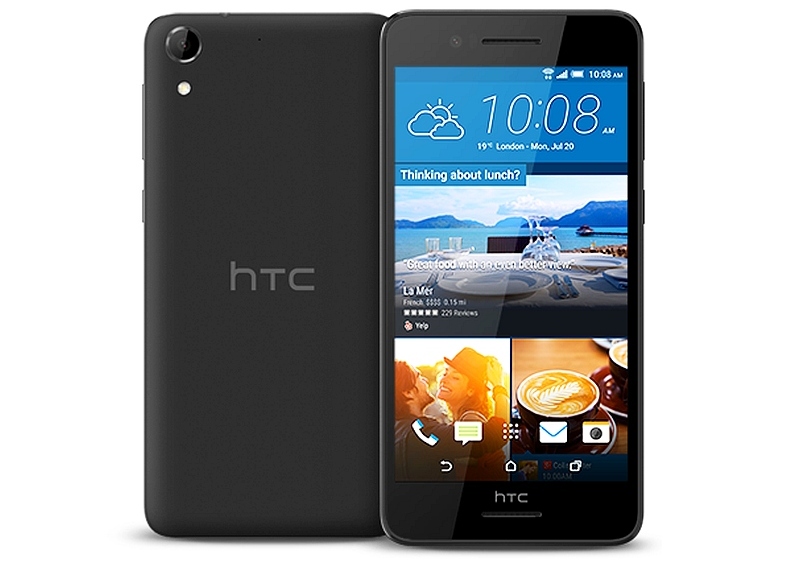 The 16GB inbuilt storage on the Desire 728 Dual SIM is expandable via microSD card (up to 2TB). Connectivity options on the handset include Wi-Fi, FM radio, Bluetooth, GPRS/ EDGE, GPS/ A-GPS, 3G, Micro-USB and 4G LTE TDD connectivity with support for Indian networks. According to the official listing of the HTC Desire 728 Dual SIM, the handset is backed by a 2800mAh battery that can offer up to 21 hours of talk time and up to 485 hours of standby time in 3G. It measures 157.9x77.84x7.87mm and weighs around 153 grams.

Much like other recently launched HTC smartphones, the Desire 728 Dual SIM features HTC BoomSound technology, which is complemented by Dolby Audio as well.

HTC has been lately trying to shift its focus more towards mid-range smartphone market by launching several handsets under its Desire series. The firm besides the Desire 820G+ Dual SIM, also launched the Desire 520, Desire 526, Desire 626 (US version), and Desire 626s in the US in July.