It seems as if the rumoured HTC Desire 620, the handset that was reportedly listed on the NCC (Taiwan's equivalent of the FCC) website earlier this month, is close to launch as what appears to be a retail-ready version of the smartphone has been spotted in several purported images. The exact launch date of the handset is yet to be revealed.

It is also not clear as to which rumoured variant of the handset has been shown in the images. To recall, the NCC had reportedly approved two variants of the Desire 620, namely Desire 620h and Desire 620u. While the former features 3G connectivity, the latter appears to be the 4G version of the handset. 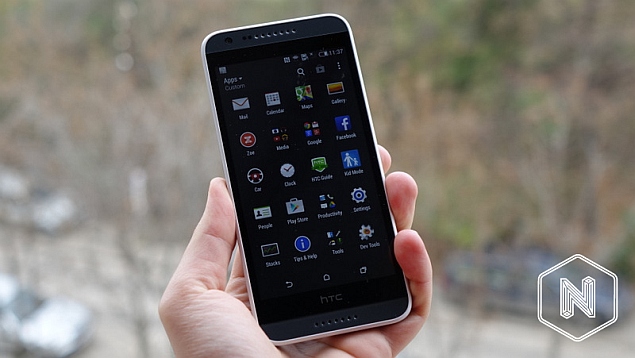 The Android 4.4.4 KitKat running Desire 620 is said to also sport the company's latest Sense 6 interface. In addition, the smartphone also shares the design profile of Desire 820 including the dual-front speakers.

The firm previously launched its Desire 820 and Desire 820q in India last month. All the three smartphones feature almost the same specifications except some changes in their processors and RAM.