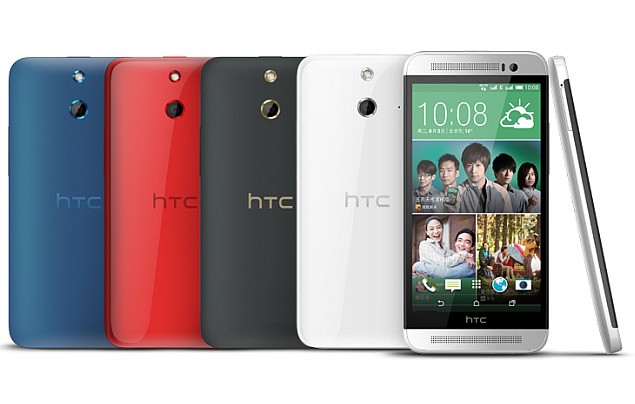 The Desire 616 Dual SIM (see below) was announced recently as an Asia-specific smartphone without a specific Android version. The dual-SIM smartphone (regular SIM+Micro-SIM) features a 5-inch display with an HD (720x1280 pixels) resolution, a 1.4GHz octa-core processor paired with 1GB of RAM, 8-megapixel autofocus rear and a 2-megapixel front-facing camera, 4GB of inbuilt storage (expandable up to 32GB via microSD card), and a 2000mAh battery. The wireless connectivity options for the Desire 616 Dual SIM include Bluetooth 4.0, Wi-Fi 802.11 b/g/n, GPS, GPRS/ EDGE and 3G. The HTC One (E8) Dual SIM (launched in June along with the single SIM variant) on the other hand, sports a similar design to the original HTC One (M7), though it features a curvier, plastic body (polycarbonate) instead of a metal casing. For those unaware, the One (E8) is the same phone that the company claimed sold 50,000 units in just 15 minutes in China. The One (E8) was made official in June.

The plastic edition of HTC's One (M8) (Review | Pictures) flagship comes with a 13-megapixel rear autofocus camera with LED flash, and also houses a 5-megapixel front-facing camera. However, the One (E8) misses the highlight of the One (M8) - the dual rear camera setup that puts a 4-UltraPixel camera alongside a depth sensing camera.