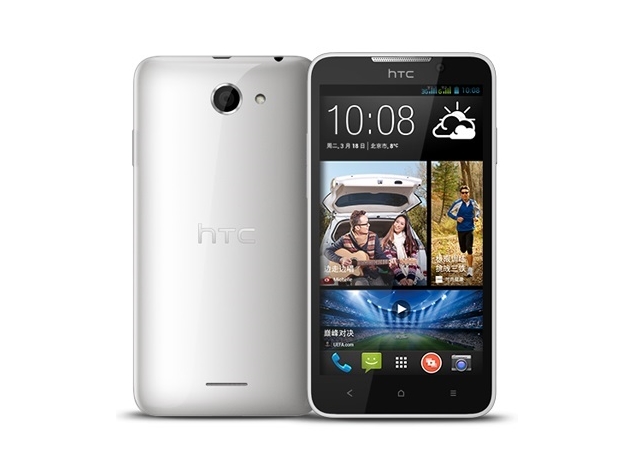 Ahead of any official announcement from HTC, the company's new budget Desire 516, is now available online at Rs. 13,302.

The smartphone is now listed at an e-commerce website which gives a five business day shipping time. Of course since this is a third-party seller, one cannot be certain if this will be the launch price when the HTC Desire 516 is officially unveiled in India.

According to its third-party seller listing, the Desire 516 is a dual-SIM device (GSM+GSM) and runs the now-dated Android 4.2.2 Jelly Bean out-of-the-box. Unfortunately, there is no word on whether the Desire 516 will be receiving any software updates.

It sports a 5-inch qHD (540x960 pixels) LCD display, which offers a pixel density of 220ppi. The Desire 516 is powered by a 1.2GHz quad-core Qualcomm QSC6270 processor coupled with 1GB of RAM and Adreno 302 GPU. It comes with 4GB of inbuilt storage, which is further expandable via microSD card (up to 32GB). 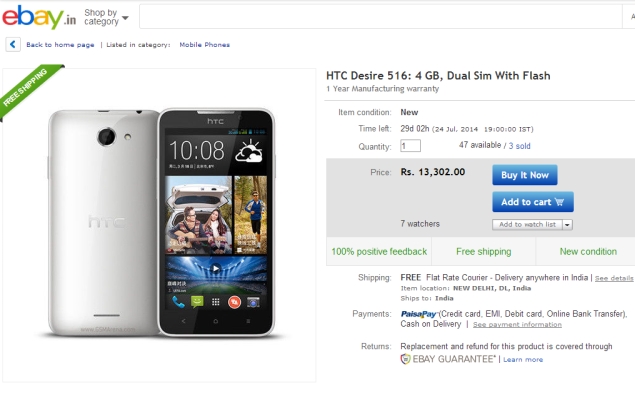 It sports a 5-megapixel rear camera with LED flash and backside-illuminated sensor (BSI), while it also houses a 2-megapixel front-facing camera. The HTC Desire 516 packs a 1950mAh battery that is rated to deliver up to 9 hours of talk time with no word on standby time.

The smartphone will be available in Black and White colour variants only. It comes with dimensions 140x72x9.7mm and weighs 160 grams. The Desire 516 is currently on sale at eBay and was first spotted by Maktech blog.

Launched earlier this month, the HTC One (E8) was expected to go on sale in select markets in June; however, the company had not revealed the pricing at the launch.