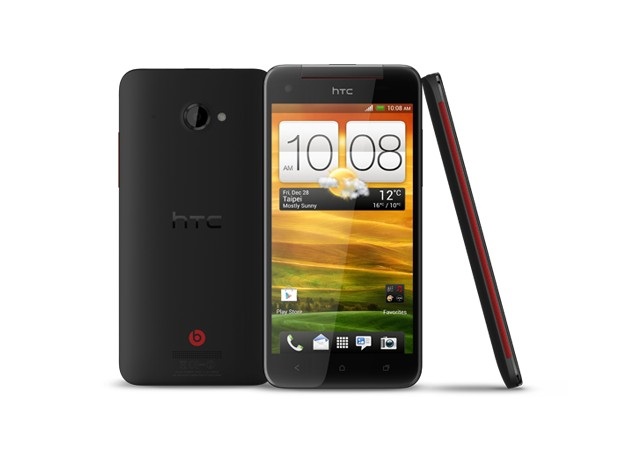 The HTC Butterfly's Android 4.2.2 update is ready to hit devices in India, via over-the-air update, according to the company.

HTC India has announced that the Butterfly smartphone, which was released in late January in India, is getting the firmware update along with the updated HTC Sense 5.0 UI, which most notably brings the BlinkFeed homescreen, first seen on the HTC One. The company confirmed the news on Twitter, saying, "Upgrade to the BlinkFeed on your HTC Butterfly! Android 4.2.2 is out now."

'Upgrade to the BlinkFeed on your HTC Butterfly! Android 4.2.2 is out now. Announcements for other handsets to come soon.'

The Android 4.2.2 and HTC Sense 5.0 UI update will add some other goodies, like a new gallery, new camera apps, automatic video highlights, and improved battery endurance. However, the company has not revealed a precise changelog for the update, yet.

With this the company also hinted that other HTC smartphones might also be getting the Android 4.2.2 Jelly Bean software update soon as the company noted, "Announcements for other handsets to come soon."

The HTC Butterfly was unveiled last year and natively ran Android 4.1 Jelly Bean. The device is powered by a quad-core 1.5GHz Qualcomm S4 Pro processor, which is coupled with 2GB RAM. It includes 16GB built-in storage (expandable by microSD card for another 32GB). It also features 5-inch Super LCD 3 (1080x1920 pixel) display with a pixel density of 441 pixels-per-inch, and a Corning Gorilla Glass 2 screen.

Not too long ago, the Taiwanese handset maker announced the Android 4.2 update for HTC One X+ and the One X in parts of Asia. However, both the HTC One X and HTC One X+ are yet to receive the update in India.

Prior to this, a tweet by HTC's president of global sales, Jason Mackenzie confirmed that the Android 4.3 update will be rolled out to the HTC One in US and Canada while the Verizon subscribers owning the HTC Droid DNA will be also getting Android 4.3 by end of September.

Twitter set to add more banks, finalize fee structure for IPO: Report
BlackBerry can make it on its own, says hopeful Canadian government