Last month we saw an image showing the rumoured HTC Aero A9 (aka HTC One A9 or HTC Hero) smartphone compared side-by-side with an Apple iPhone 6. Now, HTC has announced a smartphone launch for Sunday, and the Taiwanese firm is expected to launch the rumoured Aero A9 smartphone.

The teaser image posted by HTC on its Weibo account shows the outline of the smartphone, followed by text in Chinese tipping a 'superior, handsome' top-end smartphone. 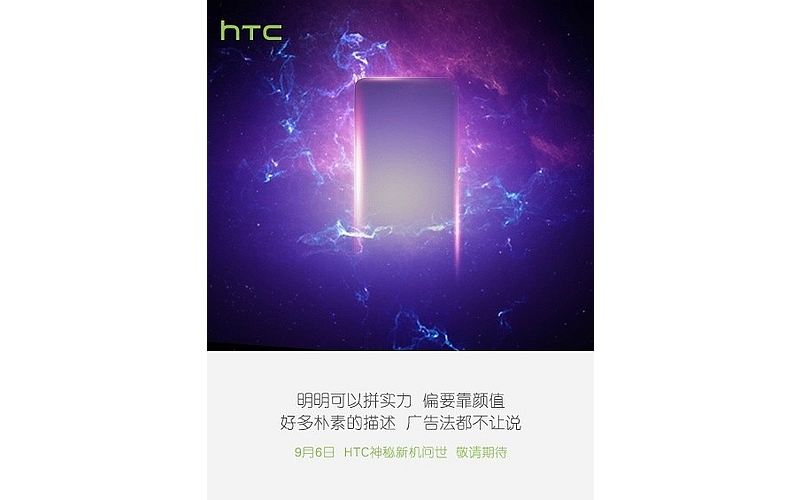 The rear panel looks similar to that of iPhone 6, featuring two antenna strips on top and bottom alongside the same bold curved handset edges. The camera position however, is different. "OK so this is what that crappy HTC's iPhone 6 render was all about...I can't believe this is real... #HTC #HTCAero #HTCA9," stated the post.

As per recent rumours, the HTC Aero A9 is supposed to pack a QHD resolution display with Corning Gorilla Glass 4 protection and 2.5D curved edges, a MediaTek Helio X20 ten-core tri-cluster processor with 4GB of RAM and Mali-T880 MP4 GPU.