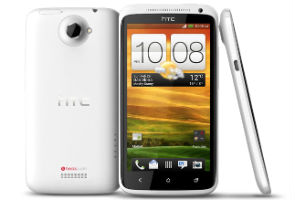 Highlights
The World Mobile Congress show floor hasn't even opened yet and a slew of amazing devices have already been shown off. The show-stealer, so far, is the HTC One X.

It seems that HTC decided to go all out, and put together a phone with specs that pretty much beats every other android offering out of the water; at least on paper. The heart of the HTC One X, is the NVIDIA crafted quad-core Tegra 3 chip clocked at 1.5GHz. The display also gets a major upgrade with a 720p resolution on a Super LCD 2 non-PenTile display.

It seems that HTC chose to focus on a camera overhaul as the One X sports an 8-megapixel shooter with a back-illuminated sensor, all looking through a f/2.0 lens to enhance low-light shooting. Specs also boast of the fastest focusing speed in any camera so far, a mere 0.2 seconds, faster than the human eye.

To top off the sweet hardware, the HTC One X comes pre-loaded with Android's newest iteration, Ice Cream Sandwich with HTC Sense 4.0

There is still four more days of MWC to come and if this is what was offered before the show even opening, we can't wait to see what else will follow.