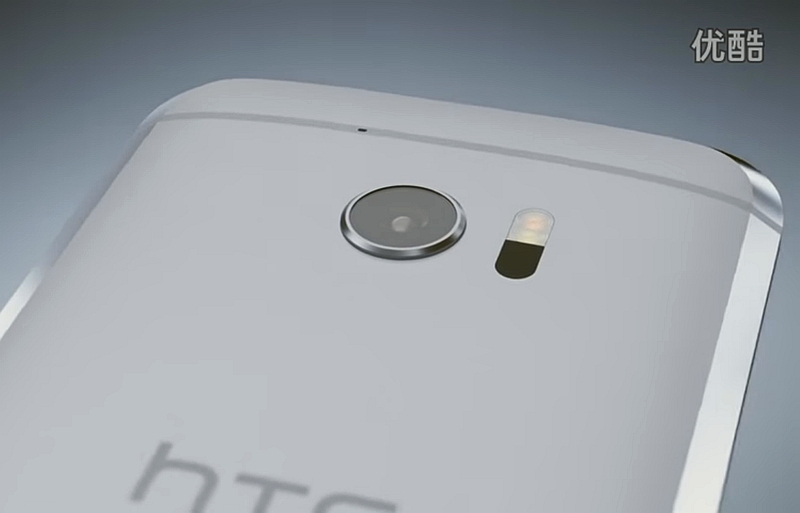 We are just one day away from the launch of the HTC 10 flagship smartphone (a few hours away in some countries) but still we are witnessing leaks about the smartphone that are cementing the details we've heard in the past few months. The handset was leaked in live images recently and is now seen in what appears to be a leaked official promotional video that was supposed to go live on Tuesday during the smartphone's official announcement.

The video was first posted on XDA thread and later was posted on Reddit. The 50-second promo shows the smartphone from all angles alongside the chamfered metal sides, rear camera with dual-tone flash, the display and a physical home button, textured power button, front-facing camera with sensors, and the HTC 10 home screen with slightly tweaked app icons. The smartphone besides the Silver colour variant was also seen in Gun Metal Black and Gold versions too.

If the video is real, the HTC 10 will include a USB Type-C port, a headphone jack at the top, two horizontal antenna lines running at top and bottom on the back panel, and a single speaker grille at the bottom. The volume buttons and the power buttons on the HTC 10 will be placed at the right along with the SD card/SIM card slot. No other details could be gleaned from the video.

As per some previous rumours and leaks, the HTC 10 is supposed to pack first the optical image stabilisation (OIS) enabled selfie camera. HTC in a recent tweet promised that the upcoming flagship smartphone will have great battery life. It said, "Our engineers are so obsessed with battery life we've turned it into a science." The company had previously teased the BoomSound technology and the capabilities of the handset's camera that will arrive in the flagship HTC 10 smartphone. However, we would know more about it on Tuesday.