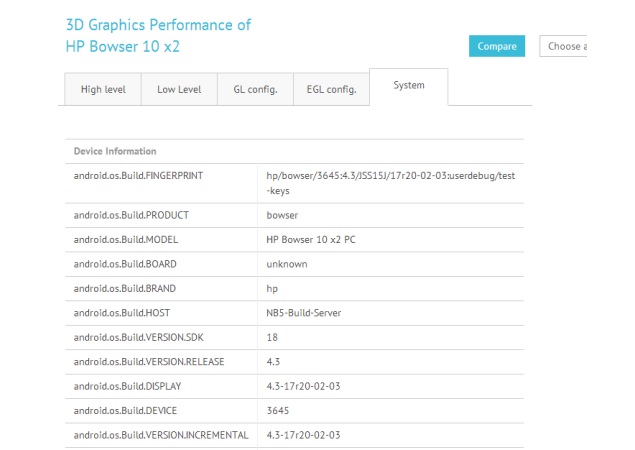 HP might be working on two new devices, a Bowser 10 x2 convertible and a Slate 6 phablet, hints a benchmark listing. The Droid Guy spotted the two unannounced devices from HP at the GFXBench website, and notes that the Bowser 10 x2 could be a tablet and notebook hybrid much like SlateBook x2 launched earlier this year, while the Slate 6 is expected to be a new phablet member of the HP's Slate Android tablet line-up.

The alleged HP Bowser 10 x2 is seen running Android 4.3 and is expected to be powered by a 1.8GHz quad-core Nvidia Tegra 4 processor, as per the GFXBench listing. The device is further spotted with a screen resolution of 1920x1008 pixels, which suggests that the rumoured convertible might not sport a full-HD display.

On the other hand, the alleged Slate 6 phablet is thought to be dubbed "HP Slate 6 Voice Tab" in the GFXBench listing, suggesting that it would come with SIM support and would also boast voice-calling abilities. 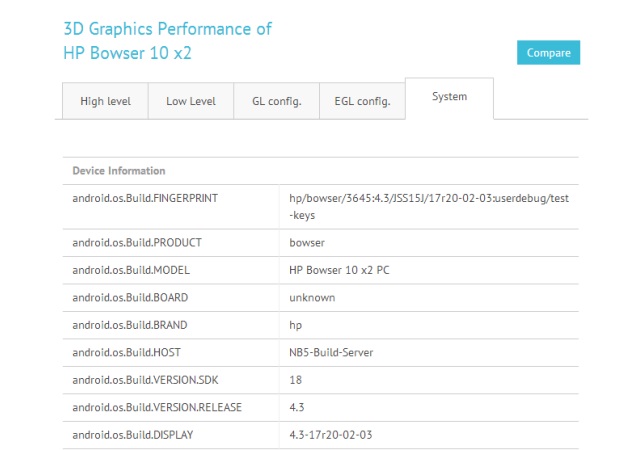 Further, the rumoured Slate 6 is said to be powered by a 1GHz Marvell PXA 1088 processor with Vivante GC1000 GPU. The alleged phablet from HP is seen sporting a HD display with 240ppi pixel density. The listing does not reveal any details related to the possible release and availability of both the rumoured HP Bowser 10 x2 and Slate 6.

Recently, another HP Android tablet was spotted in a FCC filing, with a 10-inch display and SIM support.