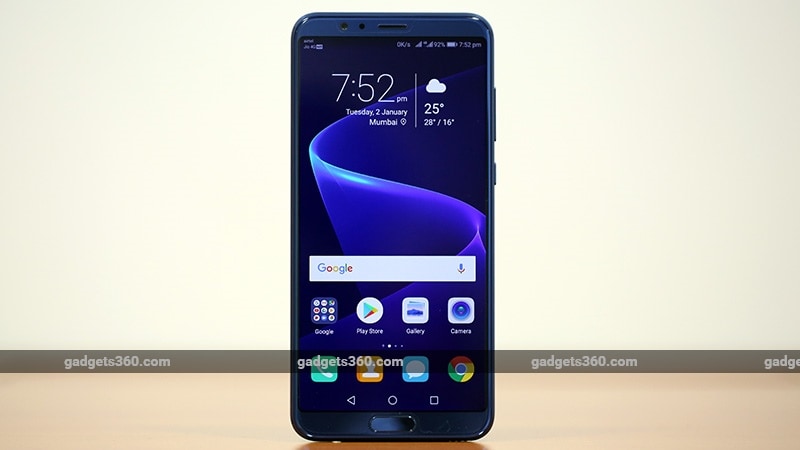 According to a report by PiunikaWeb, the Honor View 10 update carries the software version v10.0.0175 and the firmware is 725MB in size. The software update brings the most anticipated VoWiFi calling (or Wi-Fi calling) along with April 2020 security patch. It was also added that the new update includes the Huawei Assistant and Smart Charging features. It was further stated the current software update is being rolled out to limited users in India and a broader rollout can be expected soon.

It is safe to assume that Honor View 10 users will automatically be notified when the OTA update is ready on their phones. The users can also check for the update manually by heading to Settings > System > Software update > Check for updates.

Honor View 10 was launched in December 2017 and the phone arrived in India in January 2018. It is powered by HiSilicon Kirin 970 SoC coupled with 6GB RAM. Additionally, the phone has a single 16-megapixel rear camera along with a 13-megapixel front camera. Honor View 10 was launched with EMUI 8.0 based on Android 8.0 out-of-the-box. The phone last year received the Android Pie-based EMUI 9.0 update. Huawei sub-brand Honor then in January this year via a  tweet confirmed that the company has started rolling out Android 10-based EMUI 10 on Honor View 10.

Honor View 10 is listed on Flipkart for Rs. 37,000, however, the phone is temporarily unavailable.