Honor View 10 Launched Globally, Will Go on Sale in India on January 8

Honor View 10 has been launched at an event in London on Tuesday. The company at the event also announced its India launch date - January 8. The rebranded version of the Honor V10, the mid-range smartphone from Huawei brand Honor was first unveiled in China last week, and features a dual rear camera setup, Android 8.0 Oreo, an 18:9 display, and a flagship-level SoC with its own NPU (neural processing unit) for AI-based tasks.

These AI-based features on the Honor View 10 include Facial Unlock technology, which is said to support payment-level authentication, and unlock in 400ms. For 3D face reconstruction, it uses sub-millimetre reconstruction accuracy, and can deliver a 300k-pointcloud reconstruction in 10 seconds.

Other AI based features on the Honor View 10 include an AI-accelerated translator and Smart Tips, apart from intelligent scene and object recognition, as well as motion detection that will adjust camera settings. The AI-powered Portrait mode for selfies is also being outed. 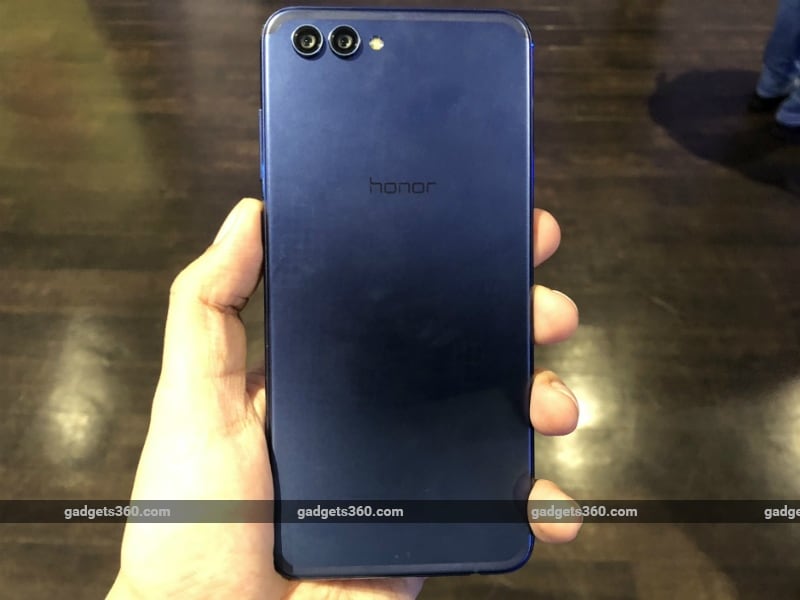 The rear camera setup on the Honor View 10 sports two sensors - one 16-megapixel RGB sensor and the other a 20-megapixel monochrome sensor, complete with an f/1.8 aperture, PDAF, dual-LED flash. The Honor V10 bears a 13-megapixel sensor with an f/2.0 aperture. Inbuilt storage on the smartphone is 128GB, which can be expanded via microSD card (up to 256GB) in a hybrid dual-SIM configuration.

Connectivity options on the Honor View 10 include 4G VoLTE, dual-band (2.4GHz + 5GHz) Wi-Fi 802.11ac, Bluetooth v4.2, Infrared, GPS/ A-GPS, NFC, USB Type-C (2.0), and a 3.5mm headphone jack. Sensors on board include accelerometer, ambient light sensor, digital compass, gyroscope, and a proximity sensor. It bears a fingerprint sensor on the home button. It measures 157x74.98x6.97mm and weighs 172 grams. The smartphone is powered by a 3750mAh battery that's rated to deliver up to 23 hours of talk-time on 3G, and 22 days of standby time with - it is complete with 5V/ 4.5A fast charging support.

Honor View 10 Launched Globally, Will Go on Sale in India on January 8
Comment