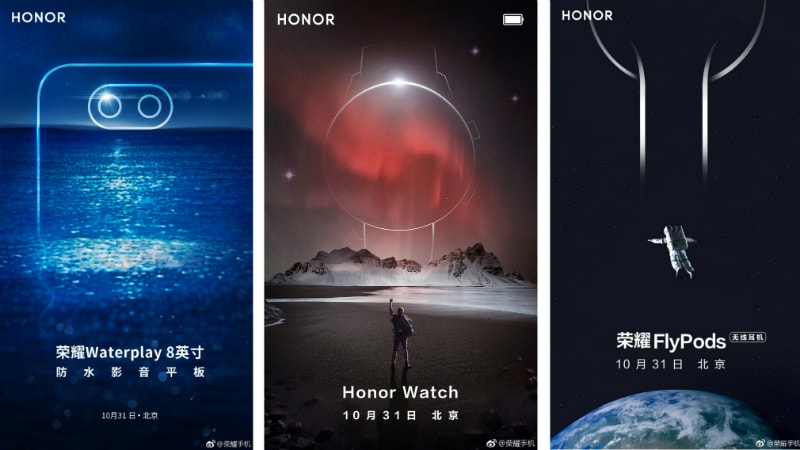 Honor Magic 2 has reportedly received an AnTuTu score of 2,48,368

Honor Magic 2 is all set to become the next flagship smartphone from Huawei sub-brand Honor at the official launch slated for October 31. The smartphone is expected to sport a manual camera slider housing the selfie camera setup, similar to the one we saw in the recently launched Xiaomi Mi Mix 3. Honor Magic 2 has now reportedly been spotted on benchmarking portal AnTuTu revealing certain key specifications of the upcoming flagship. Additionally, a teaser has been leaked that possibly shows a DJI-branded drone leading us to believe that a Honor-DJI partnership might be announced at the launch tomorrow.

Reputed tipster who goes by the pseudonym Bang Gogo on Twitter posted an alleged screenshot of an AnTuTu listing of the Honor Magic 2, with model number Honor TNY-AL00. It appears to have an impressive AnTuTu score of 248,368, which may change at launch considering it is of a pre-release unit.

As per the screenshot, the Honor Magic 2 will run Android 9.0 Pie, with EMUI on top, and be powered by the flagship HiSilicon Kirin 980 SoC. This SoC will be coupled with a Mali-G76 MP10 GPU, 8GB RAM, and 128GB inbuilt storage. The display on the phone will sport a resolution of 1080x2340 pixels and a subsequent aspect ratio of 19.5:9.

Yet another tweet from the tipster shows us a leaked teaser of a drone hovering over the Honor Magic 2. The mention of DJI in the tweets leads us to believe that Honor might announce a partnership with major drone maker DJI, however the intentions of the partnership are yet unknown.

Additionally, Honor has been teasing the launch of certain other products at the launch event, on its Weibo account. One teaser suggests that an Android tablet might be launched, alongside the Honor Magic 2, with a dual rear camera setup and an 8-inch display. It will most likely be called the Honor Waterplay 8. Apart from that, truly wireless earphones called FlyPods might be seen at the event, taking on the likes of the Apple AirPods and the Google Pixel Buds. Lastly, an Android smartwatch called Honor Watch might also see an unveiling at the October 31 launch.