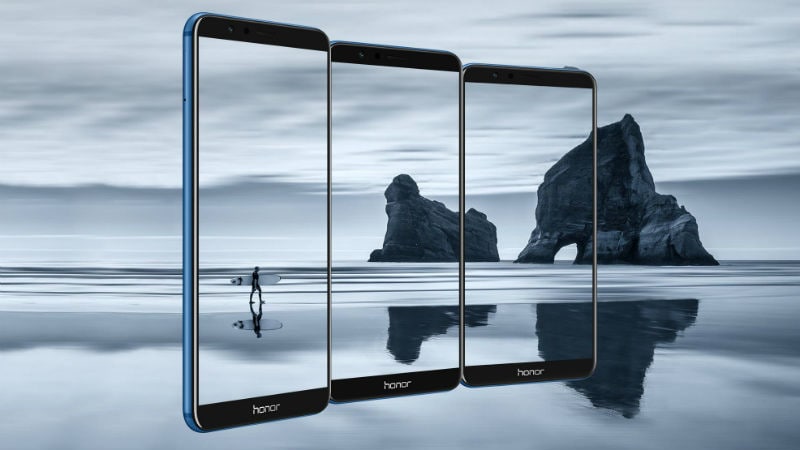 All new Honor smartphones will now reportedly come with FullView Display (18:9 display). Huawei has recently launched several smartphones in the budget, mid-range, and premium segments, and most of them feature the FullView Display. But now, as it appears, the company may completely ditch the screens with 16:9 aspect ratio and adopt the 18:9 displays.

According to a well-known tipster Roland Quandt, Honor is migrating its complete smartphone lineup to the new aspect ratio displays. In a tweet on Wednesday, Quandt cited Honor Germany as saying, "there will be no new Honor phones that do not have a FullView display (18:9 ratio) from this point on." Honor already has several smartphones in its lineup that feature the FullView display, including recently launched handsets like Honor 9 Lite, Honor 7X, Honor View 10, and Honor 9i, among others.

Honor has started rolling out the EMUI 8.0 update, based on Android 8.0 Oreo, for Honor 8 Pro and Honor 9 smartphones. Regarding the Android Oreo-based EMUI 8.0 update, Quandt said Honor 7X users will have to wait till the second quarter of this year. Also, the EMUI 8 update may come to Honor 8 soon, but apparently it won't be based on Android 8.0 Oreo. Honor Germany has reportedly said that it "will have 'a surprise' in this regard [Oreo for Honor 8] in the near future". An earlier report had also mentioned that the company will provide the Android Oreo experience on Honor 8 by porting its EMUI 8.0 skin.

Meanwhile, Huawei has been teasing a lot of new features for its Honor smartphones. Last month, the company put out a video teasing its next-gen technology for fast charging. The new technology is claimed to charge smartphone batteries 10 times faster than conventional batteries. As per the setup shown in the video, Huawei said smartphones will get charged in just a few minutes.