This is Honor's first launch of the year. 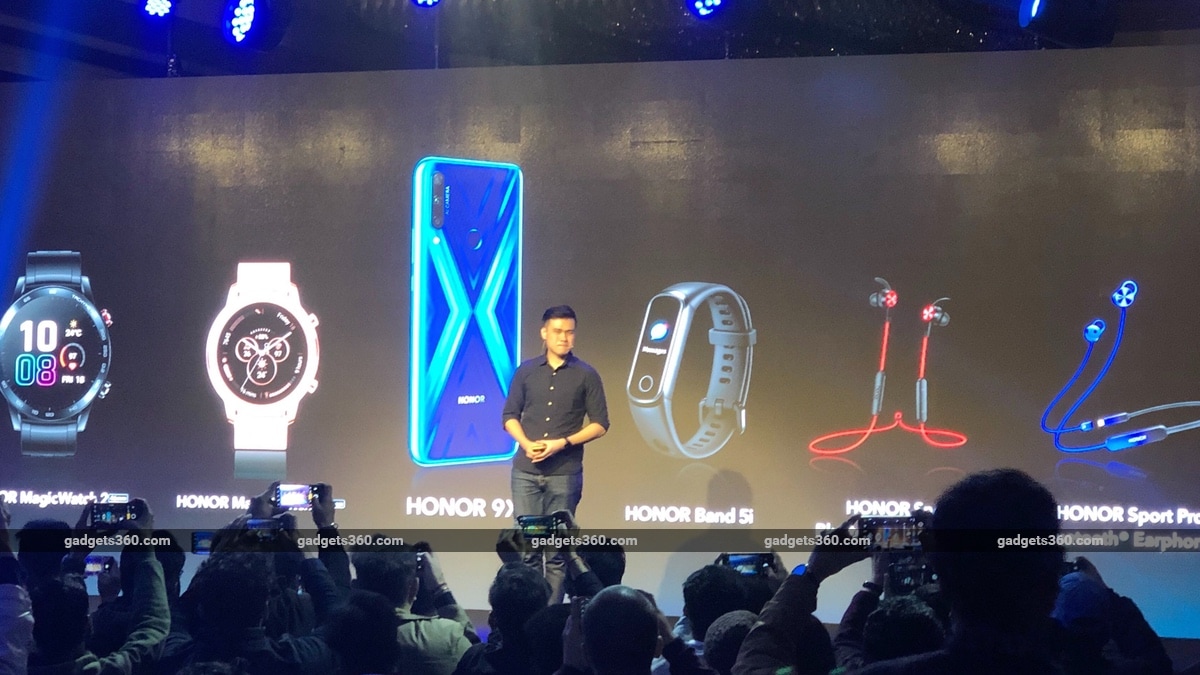 Honor 9X price in India is all set to be revealed at a launch event in Delhi. Honor 9X has a pop-up selfie camera and is priced at Rs. 13,999. Another important point to note is that the company has told Gadgets 360 that Honor 9X ships with Google Play and other Google services. Honor also launched the Honor Band 5i and Honor Magic Watch 2 during the same event.

Honor 9X ships with a 6.59-inch full-HD+ display, a Kirin 710F SoC, with up to 6GB RAM. Honor 9X features a 16-megapixel pop-up selfie camera, and a triple rear camera setup with a 48-megapixel primary camera, an 8-megapixel secondary camera, and a 2-megapixel depth sensor. Honor announced that the Honor 9X ships with some camera-related features such as Ultra High ISO for better low-light performance. The company claims that Honor 9X has an AI Signal Enhancer that improves 4G reception by 50 percent. The smartphone ships with run EMUI 9.1 running on top of Android 9 Pie. As far as storage is concerned, the phone has been launched in 64GB and 128GB variants, and it has a hybrid dual-SIM slot in case you want to expand storage. This phone has a 3.5mm headphone jack. It has a 4,000mAh battery. Honor 9X comes in two colours -- Sapphire Blue and Midnight Black.

Honor Magic Watch 2 was also launched during this event. The Magic Watch 2 uses a stainless steel case and ships in two size variants — 42mm and 46mm. Both variants ship with an AMOLED screen with up to 800 nits screen brightness. Honor Magic Watch 2 supports 13 different running courses, to optimise running training for your goals. It also has a Virtual Pacesetter to help you hit your target pace during long-distance runs. It goes without saying that the watch features in-built GPS. This watch supports 15 types of workouts, and features real-time voice guidance for these. This product can monitor your heart rate even while you're swimming. The watch also suggests an estimated recovery time - for you to rest adequately before exercising again.