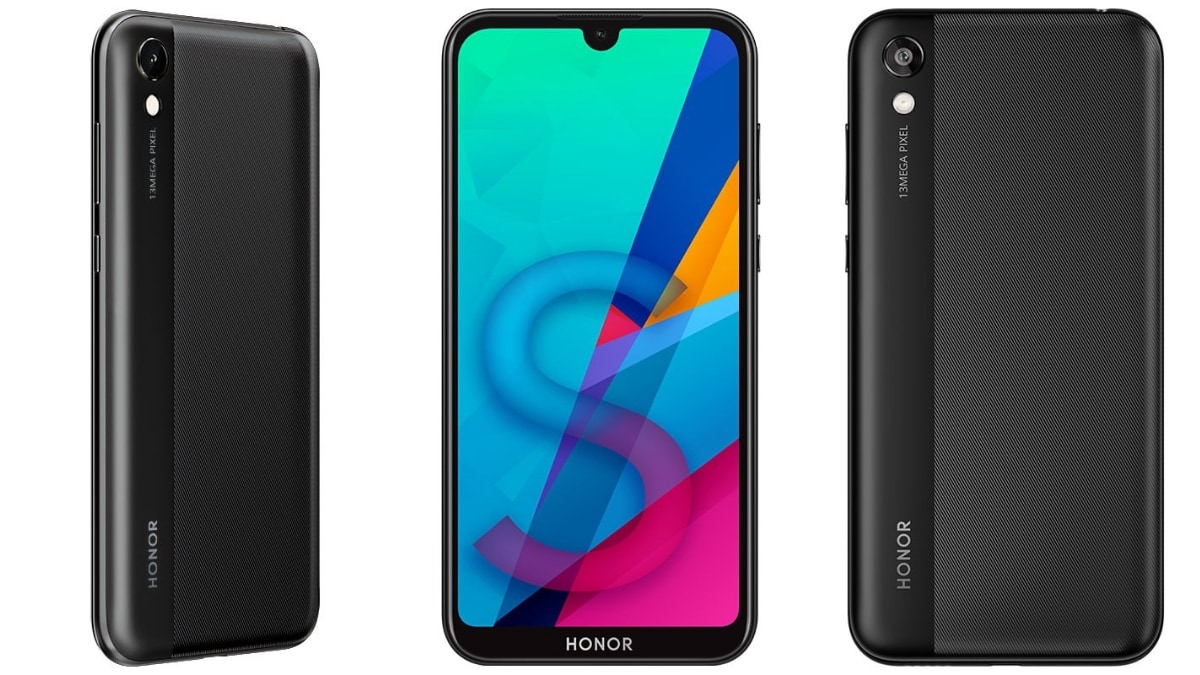 Just a day after Huawei quietly listed the new Y5 2019 on its global website, its sub-brand Honor has launched the new Honor 8S smartphone in Russia. The Honor 8S is essentially the same phone as Huawei Y5 2019, but with a slightly different design. The phone has also popped up on the Honor Saudi website, hinting at the impending launch in the country. There is no word about the release of the phone in other markets. It is quite likely that the same phone will debut as Huawei Y5 2019 in some countries and Honor 8S in others.

According to a listing on the Huawei Russia website, the Honor 8S carries a price tag of RUB 8,490 (roughly Rs. 8,900) and will go on sale beginning April 26. The sales will open at 11:00am Moscow time. Honor is also bundling the Honor Band 4 free of cost for first few buyers of the phone. It has not mentioned a fixed number.

The Honor 8S will be offered in three colour options – Black, Blue, and Gold.

Honor 8S sports a dewdrop-style display notch and dual-texture body. It runs on Android 9 Pie with EMUI 9.0 on top and packs a 5.71-inch HD+ (720x1520 pixels) screen with 84.6 percent. The Honor 8S is powered by quad-core MediaTek Helio A22 SoC, paired with 2GB of RAM. For imaging needs, the company has added a 13-megapixel rear camera with f/1.8 aperture and a 5-megapixel front shooter with f/2.2 aperture.

There is 32GB of onboard storage, which can further be expanded using a dedicated microSD card slot (up to 512GB). The company has also added 3,020mAh battery and face unlock support in the smartphone. Connectivity options include 4G LTE support, Wi-Fi 802.11 b/g/n, Bluetooth 5.0, GPS, and Micro-USB 2.0.