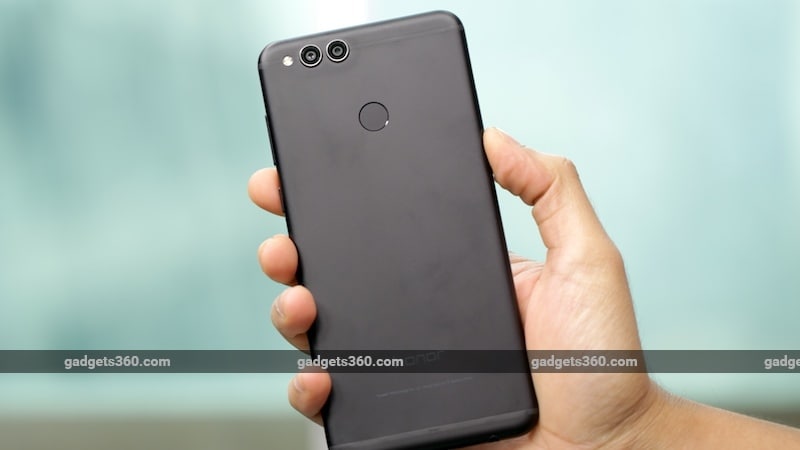 Honor 7X, the mid-range smartphone unveiled by the Huawei Terminal brand in October for China, will be launching in India on Tuesday. The smartphone will be announced for India at the Honor V10 global launch event in London, starting at 8pm IST. To recall, the Honor V10 was unveiled last week in China. As for the Honor 7X launch, we already know that the smartphone will go on sale in India on Thursday, December 7, via Amazon. The highlights of the smartphone are its large 18:9 display and its dual rear camera setup. Stay tuned to Gadgets 360 for all the details from the London launch event.

The Honor 7X comes in three storage variants: 32GB, 64GB, and 128GB. All of these variants support expandable storage via microSD card (up to 256GB) in a hybrid dual-SIM configuration. It offers 4G VoLTE, Wi-Fi 802.11 b/g/n, Bluetooth 4.1 LE, and GPS/ A-GPS connectivity features.