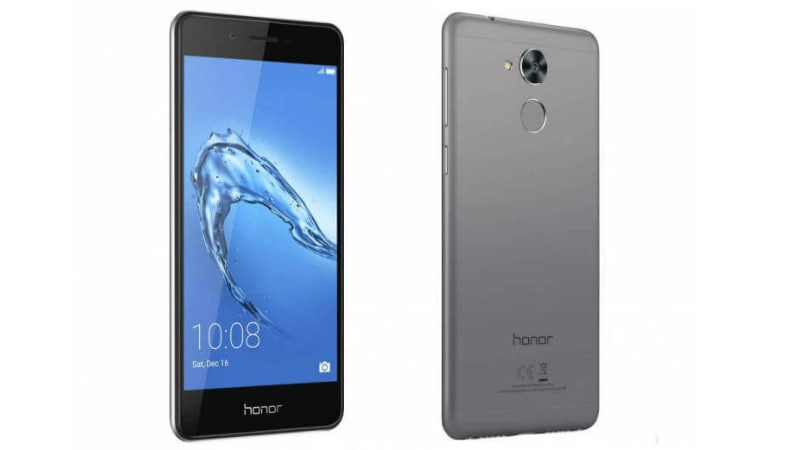 Alongside the Honor 8 Pro that was launched in Europe, Huawei’s terminal brand has also launched the Honor 6C in the region. The affordable device will be available by the end of the month, and is priced at EUR 229 (roughly Rs. 15,900).

The smartphone will be made available in Grey, Silver, and Gold colour options, reports WinFuture. The device has a metal-like back, with a rear fingerprint sensor underneath the camera. There is no physical Home Button in the front as well. The Honor 6C is more in the mid-range segment, when compared to the Honor 8 Pro, which boasts of flagship level specs.

Coming to the specifications, the Honor 6C runs on Android 6.0 Marshmallow underneath Huawei's EMUI 4.1. The dual-SIM device features a 5-inch HD (720x1280 pixels) AMOLED display, and is powered by a 1.4GHz Qualcomm Snapdragon 435 processor paired with 3GB of RAM. The smartphone offers 32GB of internal storage with the option to expand further with the help of a microSD card (up to 128GB).

The Honor 8 Pro launched alongside is priced at at GBP 480 (roughly Rs. 38,900) in the UK and EUR 549 (roughly Rs. 38,100) in mainland Europe, and shipping will begin on April 20. The big highlight of the Honor 8 Pro is the dual camera setup at the back, and it sports two 12-megapixel sensors with f/2.2 aperture, laser autofocus, LED flash, and 4K video recording.

Google Play Music All Access Now Available in India; Priced at Rs. 99 per Month
Uber Judge Warns Not to Expect 'Get Out of Jail Free Card'