Honor 60 and Honor 60 Pro launch in China is taking place on Wednesday. 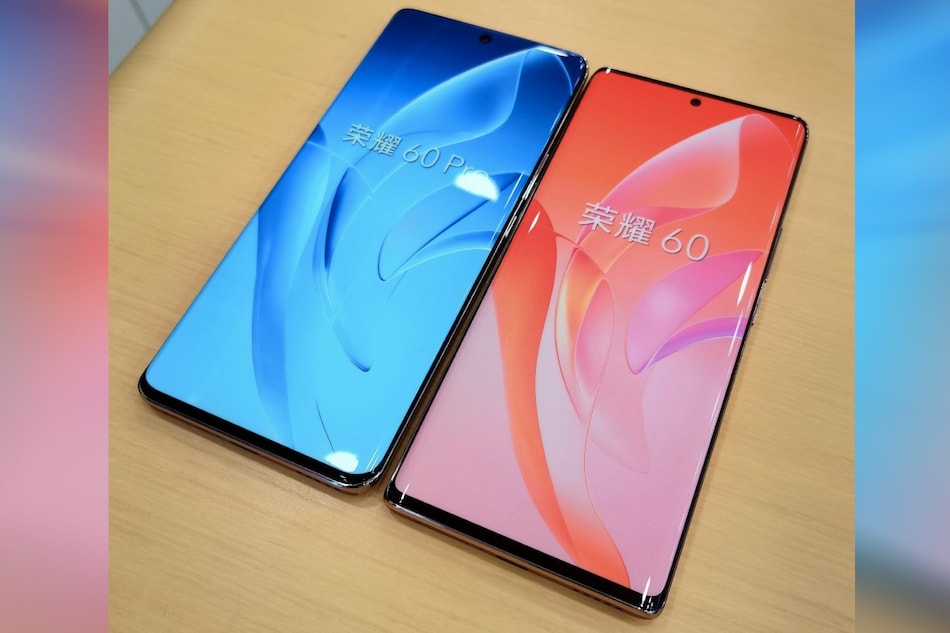 Honor 60 specifications have appeared in detail just ahead of the official launch. The new Honor phone is tipped to come with an octa-core Qualcomm Snapdragon 778G SoC and have up to 12GB of RAM. It is also said to have triple rear cameras. In addition to the specifications, the Honor 60 live images have surfaced online — alongside the ones purportedly showing the Honor 60 Pro. Both Honor 60 and Honor 60 Pro appear to have a hole-punch display design. The Honor 60 Pro also seems to have curved edges on top and bottom to deliver a distinct viewing experience over the regular model.

91mobiles reports the purported Honor 60 specifications that were sourced in collaboration with tipster Ishan Agarwal.

Honor is said to offer MagicUI 5.0 based on Android 11 on the Honor 60. The phone could also come with Bluetooth v5.2 connectivity. Additionally, it is said to have a 4,800mAh battery with 66W fast charging.

The Honor 60 will measure 161.4×73.3×7.98mm and weigh 179 grams, according to the tipster. The phone is also said to have three distinct colour options, namely Bright Black, Jade Green, and Starry Sky Blue.

Earlier this week, the Honor 60 also allegedly appeared on benchmark site Geekbench with some details, including the Snapdragon SoC and up to 12GB of RAM. The phone was also teased by the Chinese brand through a video released on Weibo.

Alongside the details about the Honor 60, a tipster on Weibo has posted some live images that are claimed to be of the Honor 60 and Honor 60 Pro. The live images suggest that both new Honor phones would come with triple rear cameras and carry a hole-punch design at the front.

The Honor 60 Pro also appears to have a curved-edge display that will help deliver thinner bezels over what you would get on the Honor 60.

Is JioPhone Next the 4G phone for everyone that Reliance promises? We discuss this on Orbital, the Gadgets 360 podcast. Orbital is available on Spotify, Gaana, JioSaavn, Google Podcasts, Apple Podcasts, Amazon Music and wherever you get your podcasts.
Affiliate links may be automatically generated - see our ethics statement for details.
Advertisement