Both smartphones will be made available via Flipkart and Amazon India. The Honor 5X (seen above) goes up for pre-order at 3pm Thursday, with sales set to begin on February 1. The Honor Holly 2 Plus on the other hand will go on sale from February 15.

To recall, the Honor 5X was initially unveiled in China back in October. The dual-SIM (Micro-SIM and Nano-SIM) smartphone offers dual-4G standby support. It runs Android 5.1 Lollipop with the EMUI 3.1 skin on top. It houses a 5.5-inch full-HD (1080x1920 pixels) resolution IPS display and is powered by a 64-bit octa-core Qualcomm Snapdragon 616 (four cores at 1.5GHz and four cores at 1.2GHz) clubbed with Adreno 405 GPU.

The Honor 5X is backed by a 3000mAh battery, which is said to deliver up to 1.46 days of regular usage time and up to 1.01 days of heavy usage time. It supports Quick Charge 3.0, which can charge up to 50 percent battery in 30 minutes. The smartphone features a fingerprint sensor with the company's latest 'Fingerprint 2.0' tech, which is said to unlock the handset in as little as 0.5 seconds. The sensor is placed on the rear panel below the camera, and apart from allowing users to take selfies and make calls, can also lock files and apps. 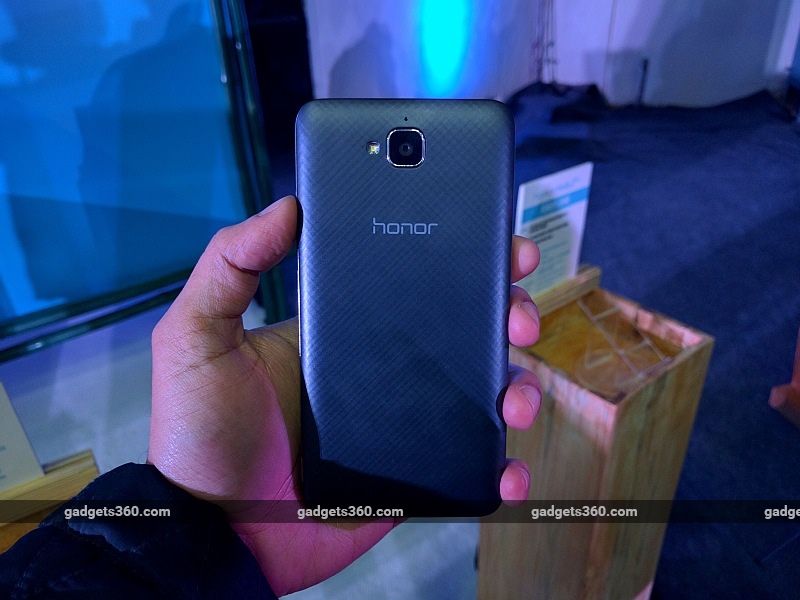 The Honor Holly 2 Plus bears a 13-megapixel rear camera with LED flash, and a 5-megapixel front-facing camera. The smartphone sports 16GB of inbuilt storage that's expandable via microSD card (up to 128GB).

Other specifications of the Honor Holly 2 Plus include connectivity options 4G LTE, Bluetooth, GPS/ A-GPS, and Micro-USB. It is powered by a 4000mAh battery. The smartphone features a textured rear panel.

Notably, Honor India at the event also announced that both smartphones will come with 15 months warranty in India, and 1 month free screen replacement. The company noted the warranty will remain valid even if the smartphone is rooted.