Honor 20s sports a 32-megapixel selfie camera on the front

Honor on Wednesday unveiled its new Honor 20s and Honor Play 3 smartphones in China. The two phones will go on sale in China first, but there is no word on their international release. The Honor 20s joins the company's Honor 20 lineup that was originally introduced in June this year. Honor Play 3, on the other hand, succeeds the company's Honor Play smartphone. The new Honor smartphones come with features like triple rear cameras, hole-punch screens, and octa-core SoCs.

In terms of the imaging capabilities, Honor 20s houses a triple rear camera setup with a 48-megapixel primary shooter with f/1.8 aperture, an 8-megapixel f/2.4 wide-angle camera, and a 2-megapixel depth sensor with an f/2.4 lens. There is a 32-megapixel selfie camera with f/2.0 aperture on board as well.

Other specifications of Honor 20s include 128GB of inbuilt storage, side-mounted fingerprint sensor, USB Type-C, and the usual set of connectivity options. 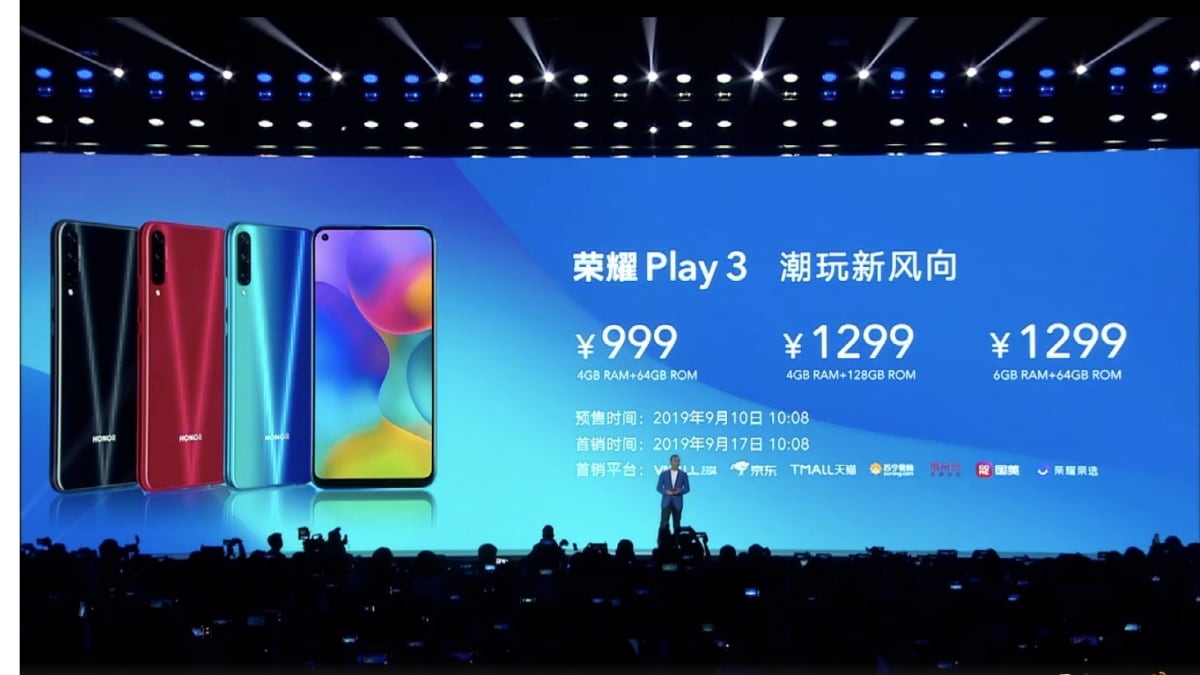 On the imaging front, the Honor Play 3 has same camera setup as the Honor 20s with a 48-megapixel main shooter. There is an 8-megapixel front shooter on board as well.