Honor 20i Launch Set for Today: How to Watch Live Stream, Specifications, and More 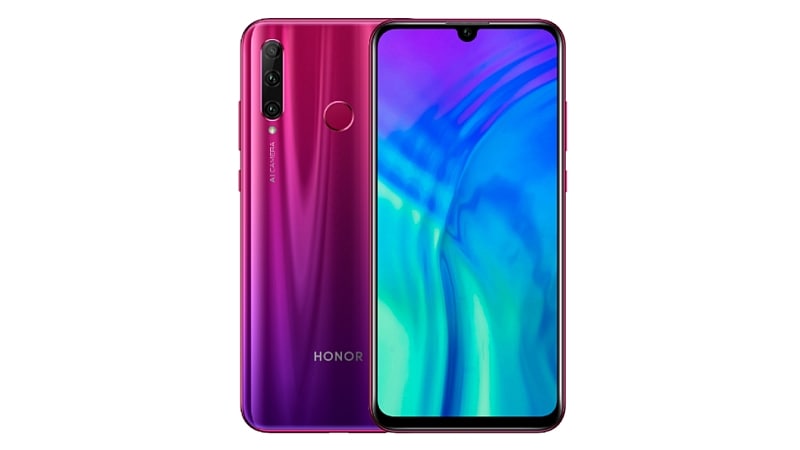 Honor 20i price has not yet been revealed, though its specifications are known

Honor 20i is set to launch in China today, the first smartphone in the Huawei sub-brand's new Honor 20 series. The smartphone has already gone up for pre-bookings via the company's own online retail site - Vmall, where the Honor 20i specifications have been detailed. However, the Honor 20i price has still not been disclosed, probably what Wednesday's launch event will reveal - apart from presenting its features. Highlights of the Honor 20i include its triple rear camera setup and waterdrop-shaped display notch. The Honor MagicBook 2019 is also set to launch today. Read on for details like the Honor 20i specifications, how to watch live stream, and more.

Honor will be live streaming the launch of the Honor 20i on its website, starting at 3pm CST (12:30pm IST). As we mentioned, the Honor 20i specifications have already been revealed, thus Wednesday's launch event will essentially be a price reveal for the smartphone. Looking at its specifications, the Honor 20i can be expected to be in the budget end of the pricing spectrum. It is listed in Gradient Blue, Gradient Red, and Magic Night Black. It will come in 6GB RAM + 64GB storage, 4GB RAM + 128GB storage and 6GB RAM + 256GB storage models.

listed to come in three colour options - Pricing of all the variants should be unveiled at the event on April 17 i.e., Wednesday.

The Honor 20i is seen to sport a waterdrop-style notch, a triple AI rear camera setup aligned vertically, a rear fingerprint sensor, and a small chin at the bottom of the display. As for specifications, the Honor 20i supports hybrid dual-SIM slots, and runs on EMUI 9.0 based on Android 9 Pie software. It sports a 6.21-inch full HD+ (1080xx2340 pixels) IPS LCD display with 19.5:9 aspect ratio and 90 percent screen-to-body ratio. It is powered by Kirin 710 octa-core SoC and packs a 3,400mAh battery with 10W charging. The hybrid microSD card slot allows for memory extension up to 512GB.

Coming to optics, the Honor 20i has a triple rear camera setup – with one 24-megapixel sensor with f/1.8 aperture, another 8-megapixel wide-angle sensor, and a last 2-megapixel depth sensor. Features on board include AI beauty, night scene mode, portrait mode, professional camera, panorama and more. Up front, the Huawei 20i sports a 32-megapixel selfie sensor with AI beauty features.

Separately, Honor on Monday announced it is holding a Honor 20 series launch event in London on May 21, and apart from the Honor 20i, we can expect to see other smartphones like the Honor 20, Honor 20 Pro, and Honor 20A be launched at the event.