Honor 20, Honor 20 Pro and Honor View 20 have started receiving their Magic UI 3.0 update based on Android 10. The update is rolling out globally as reported by multiple users online. Additionally, there's no clarity regarding the build numbers as they differ from one another. Moving on, the new update brings a magazine-style layout, a dark mode, Morandi colour scheme, new animations and more. To recap, it was last week when the Huawei P30 series and Mate 20 series started receiving the Android 10 update with EMUI version 10.0.0.168. The Huawei-owned brand has confirmed the rollout to the three handsets - Honor 20, Honor 20 Pro, and Honor View 20.

According to a Twitter post by sachin kv, he received the Magic UI 3.0 update for his Honor 20 smartphone. The build number is 10.0.0.168 (C431E9R3P7) and it weighs at 4.63GB in size. The changelog features a new Magazine design UI along with Morandi colour scheme. Improvements to GPU Turbo and Phone Clone is also mentioned. Along with these, several security improvements are also included in the new update. 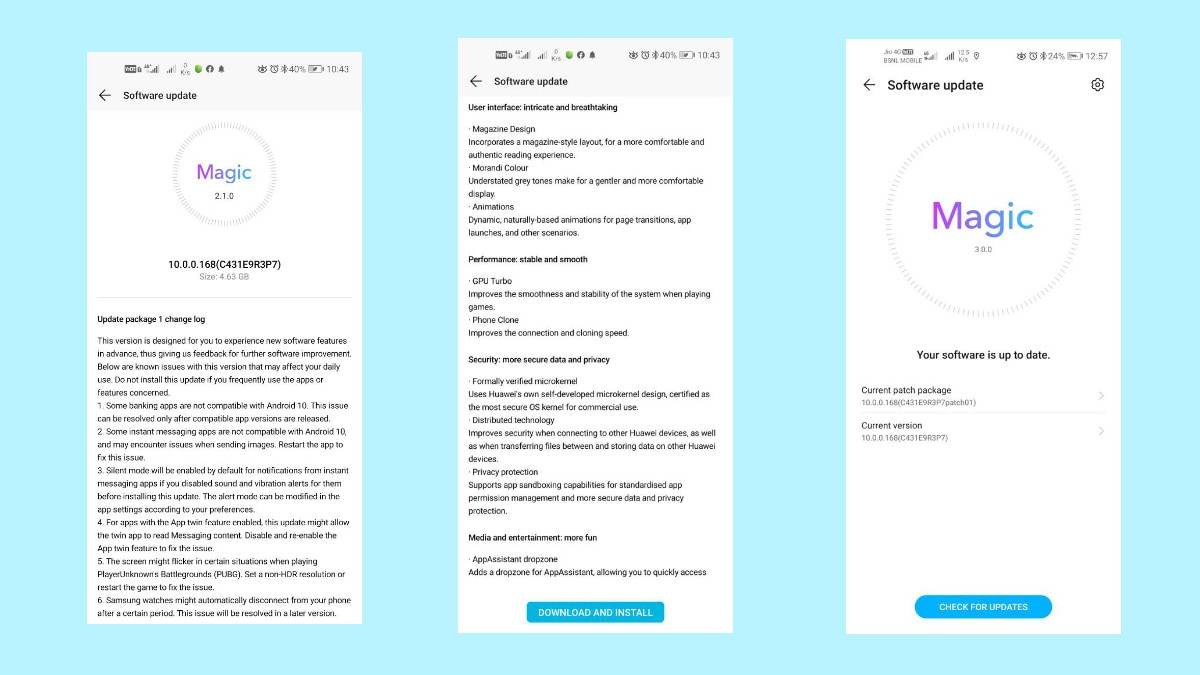 Now, one user from the XDA forums has also reported to have received the Magic UI 3.0.0 update for his Honor View 20 smartphone. Because he had never signed up for the beta, he believes that this update is indeed a stable public release. The build number of the new update reported by the user is 10.0.0.171(C432E10R2P5).

Another user has also reported on the Honor India forums to have received the Magic UI 3.0 update. Now the user hasn't specified on which device the new update was received on, but the changelog has been shared, and the build number is 10.0.0.161(C675E9R1P2log). 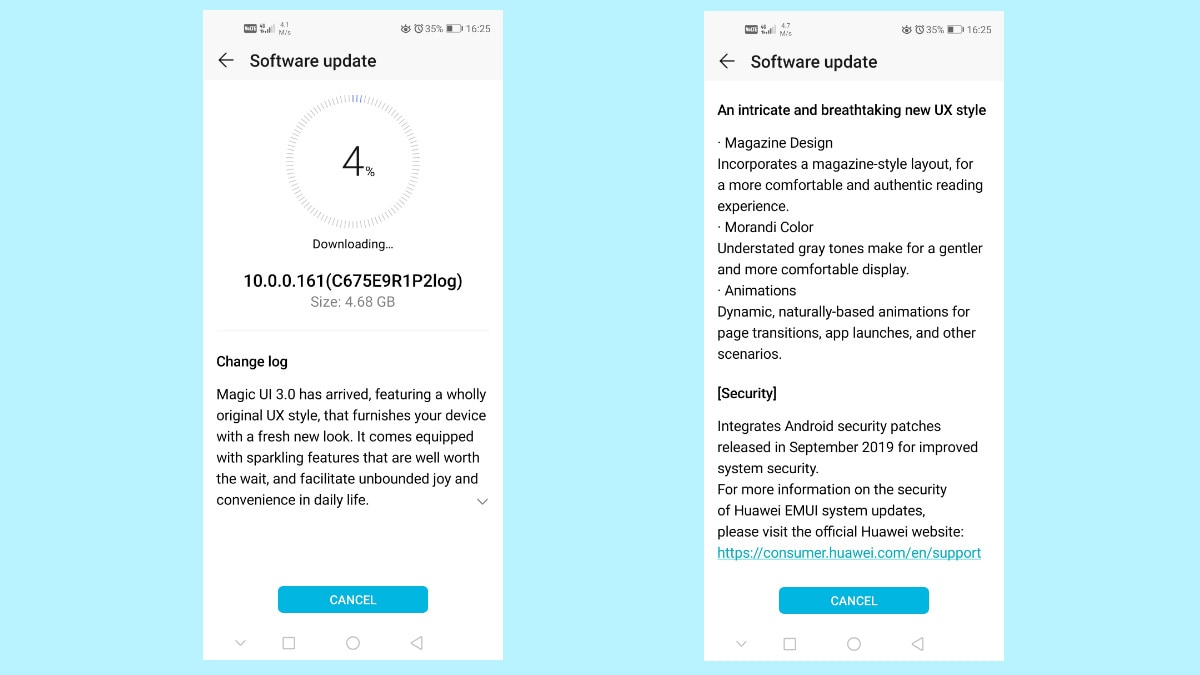 Gadgets 360 reached out to Honor India for confirmation on these reports, and were provided a press statement on the rollout. "The beta version of new update is being deployed globally including India through a software upgrade. The new Magic UI 3.0 is packed with an array of exciting features, making the experience more seamless, integrated and user friendly. The latest Magic UI 3.0 version will be available for Honor 20 PRO and Honor View 20 smartphones as well," the statement reads.