Honor 20 series is set to go official on May 21, but the torrent of leaks refuses to halt. The latest leak comes in the form of an alleged Honor 20 Pro render, which shows the upcoming phone flaunting a white gradient design with a tinge of pink. The new render tips quad rear cameras and what appears to be a periscope sensor, just like the one we recently saw in another leaked render. Moreover, Honor will reportedly continue its partnership with fashion brand Moschino and is expected to launch a limited edition Honor 20 series smartphone next month.

Starting with the leaked Honor 20 Pro render, it shows a phone that is identical to another alleged render which surfaced earlier this month. The new Honor 20 Pro render, which was spotted on Chinese micro-blogging platform Weibo, shows the phone sporting a white colour on its rear panel with a light pink tint to grant it a gradient texture. The alleged Honor 20 Pro render again tips quad rear cameras with a square periscope camera that will grant it zooming capabilities akin to the one on the Huawei P30 Pro.

If previous leaks are anything to go by, the Honor 20 Pro will come equipped with a 40-megapixel primary camera utilising the custom Sony IMX600 image sensor with RGGB filter, instead of the RYYB array on the Huawei P30 Pro. It will reportedly be assisted by a 20-megapixel wide-angle lens and an 8-megapixel telephoto lens, which is said to have 3x optical zoom support.

The fourth sensor shown in the leaked Honor 20 Pro render is apparently the ToF camera. Other rumoured specifications include the Kirin 980 SoC ticking alongside 8GB of RAM and 256GB of internal storage. A 3,650mAh battery with support for 22.5W fast charging is tipped, but there is no word whether the Honor 20 Pro will support reverse wireless charging. 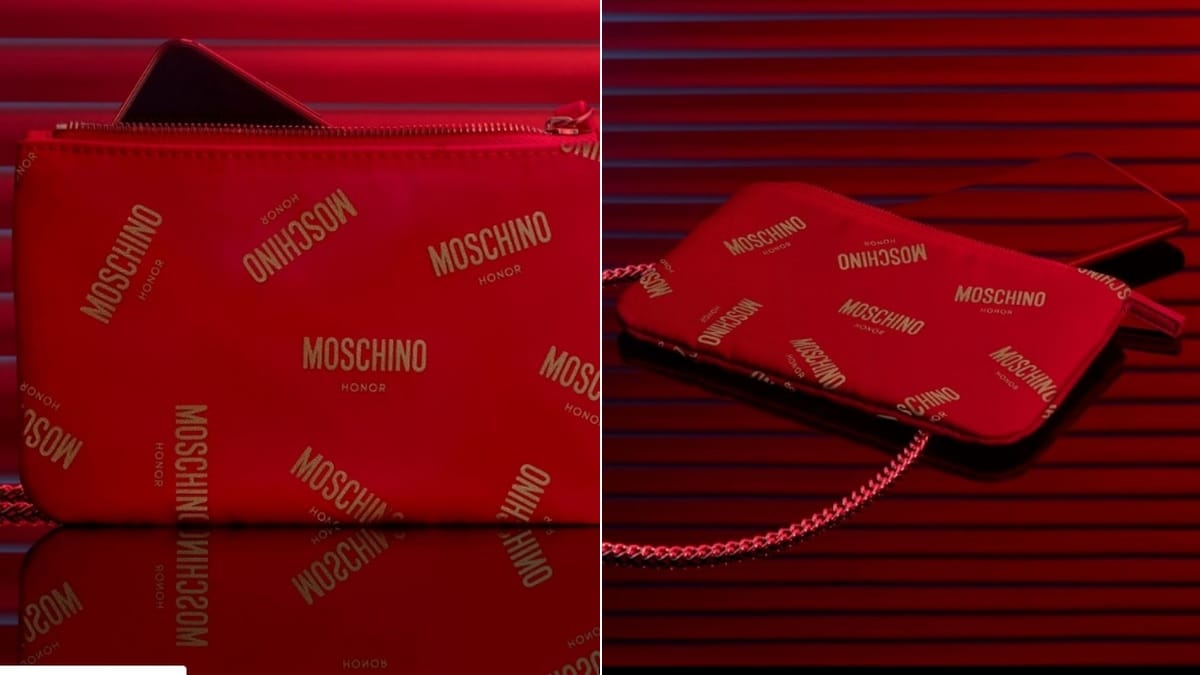 As per a report by GSMArena, Huawei has strengthened its ties with Italian luxury fashion house Moschino, and the publication claims it has received confirmation a limited edition Honor 20 smartphone inspired by Moschino will be launched. However, it is not clear whether we'll get to see a Moschino edition of the Honor 20 or the Honor 20 Pro. Purported images of a Moschino bag containing an Honor 20 series smartphone have also surfaced online, and they also show the silhouette of a device sporting a red paintjob.

It appears that the upcoming Moschino Edition phone will flaunt a red texture on its rear panel, but there is no concrete information about the same. Earlier this year, Honor collaborated with the Italian fashion brand to launch the Moschino Co-Design edition of the Honor View 20 in Phantom Blue and Phantom Red colour options. We'll get to know more when the company officially lifts the covers from the Honor 20 series at an event on May 21 in London.

Further reading: Honor, Honor 20, Honor 20 Pro, Moschino Edition
Nadeem Sarwar Email Nadeem Aside from dreaming about technology, Nadeem likes to get bamboozled by history and ponder about his avatars in alternate dimensions. More
A Sneaker That Fixes Itself? It Could Be Coming Soon
Xiaomi Slips but Retains Top Spot in Indian Smartphone Market in Q1 2019: Counterpoint