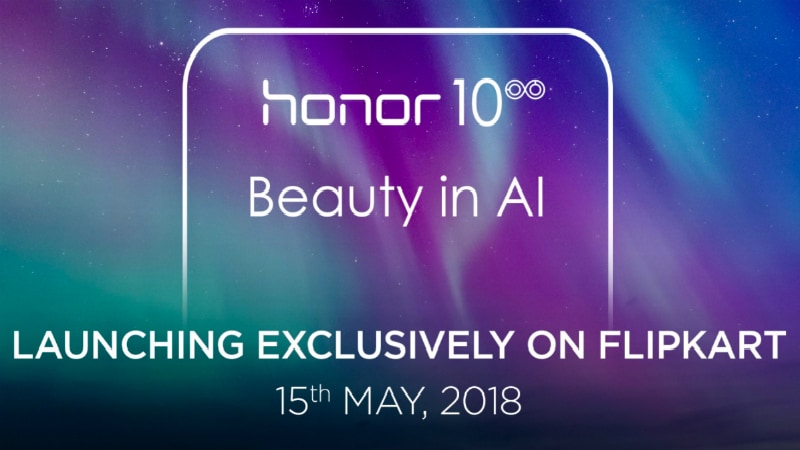 Honor 10 will begin selling in India at midnight on May 16, the Huawei sub-brand has announced in a statement. This puts the Honor 10 India release date just hours after its launch in the country, which is scheduled for May 15, the same day it will be showcased in London too. The handset will be a Flipkart exclusive in the Indian market; Flipkart has already made live the landing page that provides a list of details of the phone for users interested in developments around the handset. To recall, the Honor 10 was recently unveiled in China at a launch event held last month. The smartphone is expected to compete with the likes of Xiaomi Mi Mix 2, Moto Z2 Force, Samsung Galaxy A8+ (2018) and the upcoming OnePlus 6.

Earlier this month, Honor had disclosed to Gadgets 360 that its upcoming Honor 10 would be available at a price of around Rs. 35,000. This will be a crucial price point as the upcoming OnePlus 6 is also rumoured to be priced around this price mark. The expected price range seems a bit steep as the Honor 10, in China, starts at CNY 2,599 (roughly Rs. 27,400) for the 6GB RAM/ 64GB inbuilt storage variant. The 6GB RAM/ 128GB onboard storage model is priced at CNY 2,999 (roughly Rs. 31,600) in the country. The smartphone will be exclusively available via Flipkart in India.

In terms of optics, the Honor 10 bears a dual camera setup at the back that has a a 16-megapixel and a 24-megapixel sensor combo, with features like f/1.8 aperture and dual LED flash. On the front, the phone gets a 24-megapixel selfie camera. Additionally, the Honor 10 sports a 3400mAh battery, under the hood, with quick charging support.