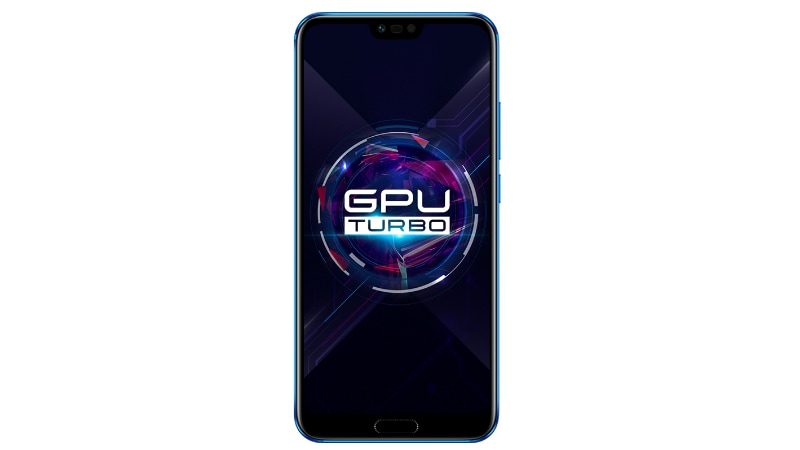 Huawei brand Honor on Monday announced the launch of the GT variant of the company's flagship Honor 10 smartphone in China. The performance-focused variant of the Honor 10 comes with only key hardware difference - 8GB of RAM - but it also features the company's GPU Turbo tech. Honor claims that its new GPU Turbo technology - currently in beta on the Honor 10 - improves performance by up to 60 percent and lowers power usage by 30 percent. The Honor 10 GT also ships with a tripod-free Night Mode update. Apart from that, other specifications and design elements remain same as the original Honor 10 launched in May this year.

Honor's GPU Turbo technology is expected to be made publicly available on Honor 10 starting August 2018 in Asia Pacific, Europe, India, and the Middle East, as announced by the company. While the price of the Honor 10 8GB RAM variant has not been revealed yet, it will go on sale on Honor's online store as well as on JD.com as part of a flash sale on July 24, with GPU Turbo and Night Mode available out-of-the-box. GPU Turbo will arrive on the regular Honor 10 in China on July 15, the company added in its launch post, while the Night Mode (also referred to as AIS) will be available to older models in a closed beta from July 12. Notably, the 6GB RAM variant is priced at CNY 2,599 (roughly Rs. 26,800) in the country so you could expect to shell out a couple more hundred yuan for the new variant. In India, the 6GB RAM variant of the Honor 10 is priced at Rs. 32,999.

Apart from the upgrade in RAM capacity, the Honor 10 GT is exactly the same as the regular variant of the Honor 10 in terms of specifications. The dual-SIM smartphone runs EMUI 8.1 on top of Android 8.1 Oreo, and sports a 5.84-inch full-HD+ (1080x2160 pixels) FullView display with a 19:9 aspect ratio. The handset is powered by an in-house HiSilicon Kirin 970 SoC, paired with 8GB of RAM and 128GB of internal storage.