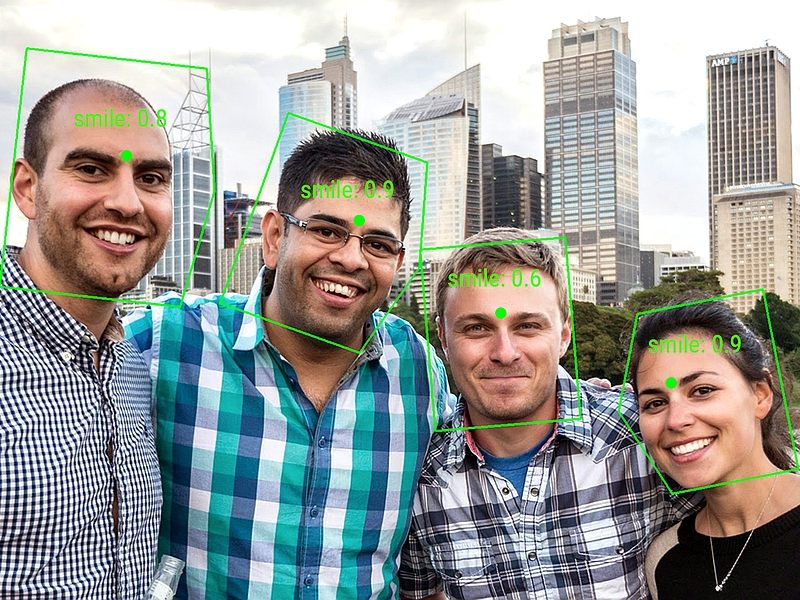 Google on Thursday announced that it is finally done rolling out Google Play Services version 7.8. The firm announced that with the new version, the company has added two new APIs for developers - Nearby Messages API and Mobile Vision API. The latter "helps you create apps that make sense of the visual world, using real-time on-device vision technology."

The Mobile Vision API is a mix of two APIs - Face API and Barcode API. The Barcode API, as the name suggests, recognises barcodes even when scanned sideways. The Face API lets developers find and track human faces in images and videos using facial detection or facial recognition.

While this feature is already there in a number of smartphones, the Face API additionally recognises the nose, eyes, and mouth in a human face and helps keep track of their position, both in images and video. The work of the Barcode API here is that it would help the Face API to track human faces in any orientation, including sideways and upside down. Developers can use the APIs in photography, gaming or for hand-free interface.

The Nearby API is something we have previously talked about when Google last month announced a new Bluetooth Low Energy (BLE) beacon-based platform, dubbed Eddystone. The Nearby API or Nearby Messages is a communications and discovery framework for devices in close proximity. Nearby API has been called Nearby Messages, both for Android and iOS to discover nearby devices, including beacons and communicate with them.

Eddystone beacons are low-energy Bluetooth hardware that transmit data to users. Bluetooth is used in this technology as it has a shorter range than Wi-Fi and GPS connectivity. This would result in pin-pointing a more precise location of the user. This tech would help retailers and other firms to send information to the users based on their precise location.