Google Play Gets Its First 'Free App of the Week' Promotion 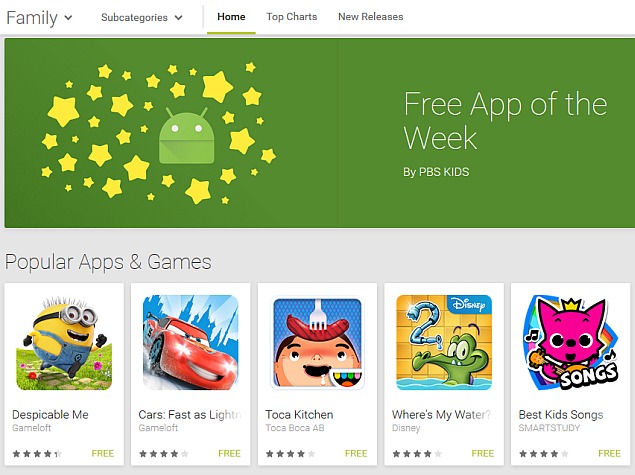 Following the launch of its Family section last week, Google Play has used the new section as the host of its first 'Free App of the Week' promotion. While other app stores, including Apple's App Store and Amazon's Appstore for Android, offer similar promotions, this is the first time Google has done so. 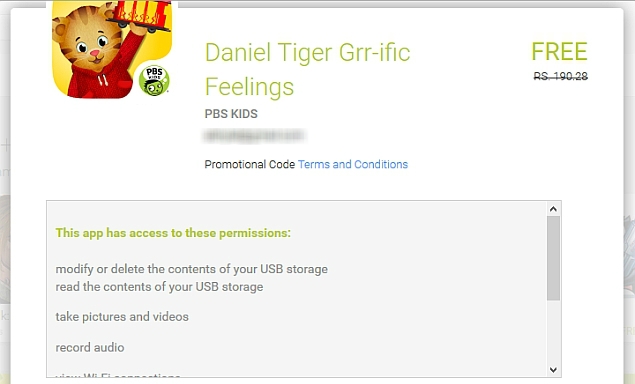 The first 'Free App of the Week' is Daniel Tiger Grr-ific Feelings by PBS Kids. It normally costs Rs. 190.28 ($2.99). The app is highlighted as free in the new Family section, both on the Google Play app and on the Web interface. If users try to directly search on the store via the app or the Web, they will be directed to the full-price listing. 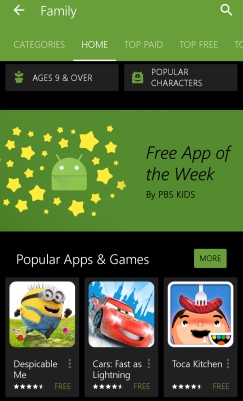 Till date, Google did not allow developers to price an app for free for a limited time - if they made an app free, they could not make it a paid app again unless they removed the listing and republished it.

Reading the fine print of the Free App of the Week, we see it is being called a Google Play Content Promotion, meant for third-party publishers and entailing the use of promotional codes - though the code and its input mechanism is not visible in the case of Daniel Tiger Grr-ific Feelings. The terms of service add that "such promotional codes cannot be transferred to other users, cannot be exchanged for cash, and have no cash value."

For now, Google has not provided any details about if the new 'Free App of the Week' promotion will make its way to other sections of Google Play.

In the meanwhile, Google has started posting user feedback surveys in the Google Play app, as spotted by a Reddit user. Unlike Google Reward Opinions however, answering the survey doesn't pay users in the form of Google Play credit. The survey spotted asked how satisfied the user was with the "Google Play Store's search results."
Comments