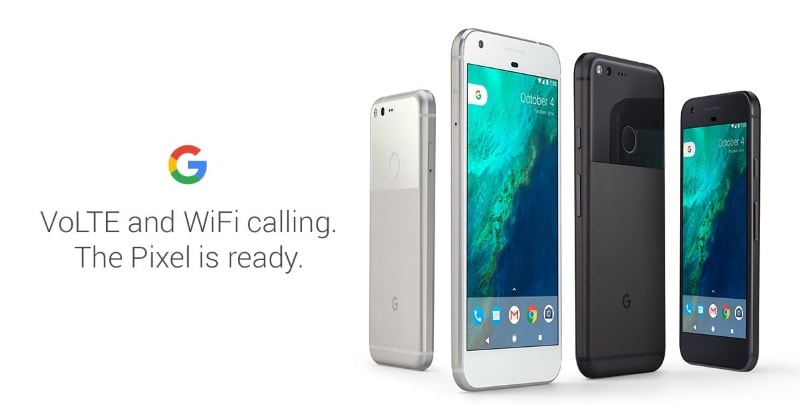 In December last year, Google added the 'Enhanced 4G LTE Mode' to support 4G VoLTE calling in its Pixel and Pixel XL smartphones with Android 7.1.1 Nougat update. This came as a solution to enable VoLTE calling technology currently provided by Reliance Jio. Google now says Wi-Fi calling will soon be coming to Pixel, Pixel XL smartphones on Reliance Jio networks with the next Nougat update. This feature will let you make calls even in low mobile network reception when connected to the Wi-Fi network. It is expected to roll out with the next Nougat update arriving on Pixel smartphones.

Google India on Twitter announced that it will enable Wi-Fi calling for Pixel, Pixel XL smartphones on Reliance Jio networks in addition to already available VoLTE support. Google said the feature should roll out with the next Nougat update for the smartphone. This is presumably Android 7.1.2 Nougat that began rolling out last week. However, there is no word from Google about bringing similar support to its Nexus devices as of now.

For those who are not familiar with the Wi-Fi calling feature, it is similar to the VoLTE (Voice over LTE) feature, but uses Wi-Fi instead of mobile data. The Wi-Fi calling feature makes the use of Internet to connect calls, just like VoIP calling services like Skype. However, unlike VoIP, the call will be placed with your mobile number itself. This is helpful when mobile data and other cellular connections are spotty. The Wi-Fi calling feature has already been available from other carriers in countries like the US for some time now. As far as the charges are concerned, we are unsure how Reliance Jio is going to implement this feature since voice calls are absolutely free on its network. Some charges will be levied by your Internet service provider as well.

Interestingly, Google Pixel and Pixel XL are not the first smartphones that are going to receive the Wi-Fi calling feature in India. Samsung had released this feature for Galaxy S7 and Galaxy S7 Edge as a part of a software update back in October last year. However, it has been defunct since then as there was no telecom operator offering support for Wi-Fi calling. With Reliance Jio venturing into this new service, we might hope Wi-Fi calling to roll out for more smartphones.