Google Pixel 6 Series Prices for US and UK Leak Ahead of Launch, Ads Surface Online 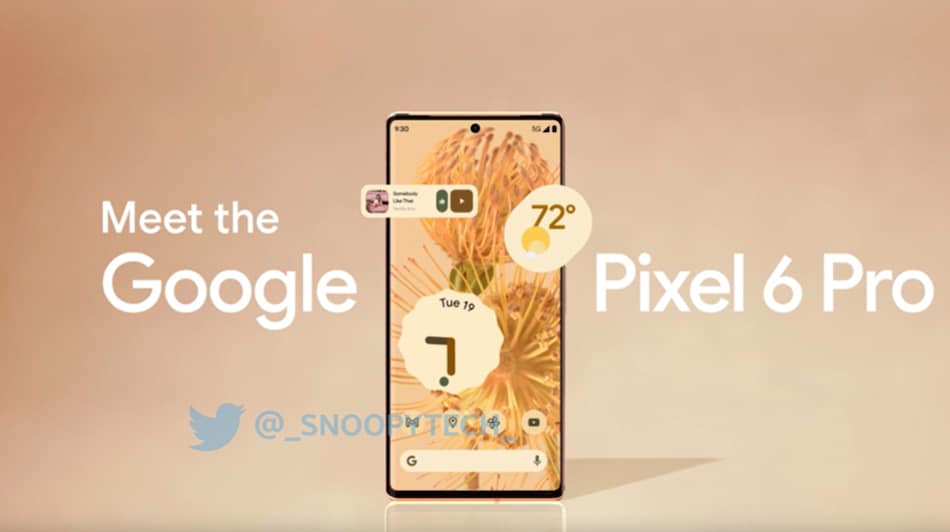 Twitter user Evan Lei tweeted that they saw the Pixel 6 series pricing at a Target store ahead of launch. Google Pixel 6 is tipped to be priced at $599 (roughly Rs. 45,900) for the 128GB model whereas the Google Pixel 6 Pro is reported to be priced at $898 (roughly Rs. 67,500) for the base 128GB storage option. Tipster M. Brandon Lee has also corroborated this, giving same prices. If true, these are very aggressive prices from Google and Lee even goes on to claim that the tech giant may be bearing losses to gain market share.

Separately, ads of the Pixel 6 and Pixel 6 Pro have leaked as well, via @snoopytech, and they highlight key features of the two phones. The ads tease the new Google Tensor SoC, the Magic Eraser feature that deletes objects and people in the background, and Live Translate that translates conversations, messages, and photos in real-time without Internet. The two phones feature a hole-punch display with the cut out placed in the top centre and integrate Security Hub for added protection against phishing and hacking.