Google Pixel 4a launch is likely to take place at around early morning US time that would be sometime in the evening in India. 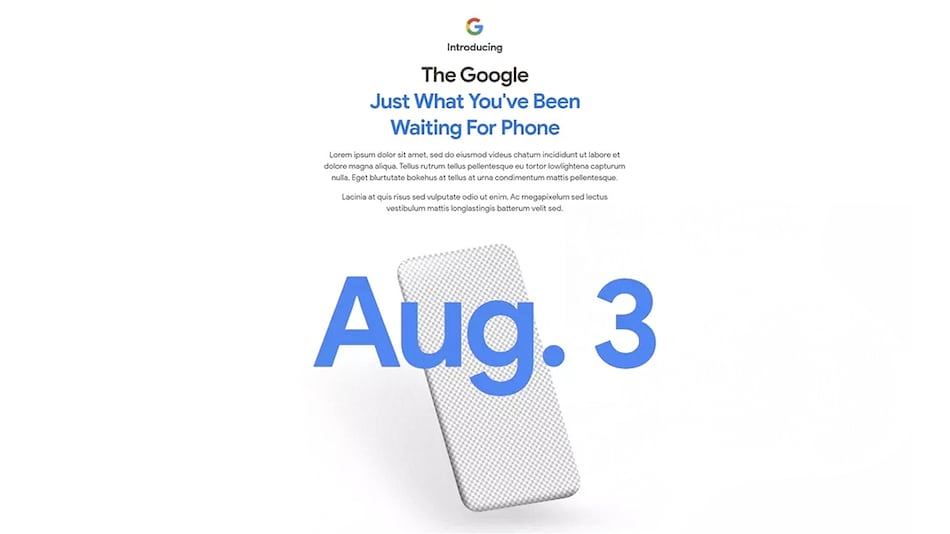 Google Pixel 4a has recently been teased online

Google Pixel 4a is poised to launch today as the search giant's latest affordable smartphone. Various rumours have indicated much about the Pixel 4a in the recent past. The phone was also speculated to debut at Google I/O in May — just like how the company brought the Pixel 3a series at its last year's developer convention during the same month. However, Google cancelled this year's I/O developer conference due to COVID-19 pandemic and thus delayed the launch of its new Pixel phone.

Google hasn't provided any details around the launch time of the Pixel 4a. Nevertheless, it last week confirmed that the phone would debut later today. It is safe to expect that the launch announcement would take place at around an early morning US time, which would be sometime in the evening in India. You should stay tuned to Gadgets 360 to catch its latest updates.

To recall, Google Pixel 3a and Pixel 3a XL were launched back in May last year with a starting price of Rs. 39,999.

Being a handset backed by Android maker, the Google Pixel 4a is expected to run on stock Android 10 with the latest security patch out-of-the-box. The phone is also rumoured to have a 5.8-inch full-HD+ (1,080x2,340 pixels) display along with a hole-punch design. It is speculated to have an octa-core Qualcomm Snapdragon 730G SoC, paired with Adreno 618 GPU and 6GB of RAM. On the storage front, the Pixel 4a is said to have 64GB and 128GB options.

The Google Pixel 4a would come with a single, 12.2-megapixel camera sensor at the back, with video recording capabilities of the Pixel 4. The smartphone is also said to have an 8-megapixel selfie camera. Further, it is said to have a 3.5mm headphone jack and a USB Type-C port. You can also expect a 3,080mAh battery with 18W fast charging support.

Alongside the regular Pixel 4a, Google is speculated to bring its 5G variant in markets that have the next-generation network support. The India market, however, is likely to get only the 4G option.