Tipster Evan Blass has leaked the Google Pixel 4 XL renders in both Clearly White and Oh So Orange colours. The latter was notably earlier rumoured as the "Coral" colour variant and spotted recently at a digital billboard placed at New York's Times Square.

Also, the new Pixel 4 XL renders reveal the design that looks identical to what we saw on the Pixel 4 render leaked by Blass earlier this week.

The renders showcase the front of the Pixel 4 XL with a wallpaper that highlights "P" and "4" characters with an abstract design. The weather widget featured on all the leaked Google phones also shows October 15 as the date. This is supposedly the launch date of the Google Pixel 4. 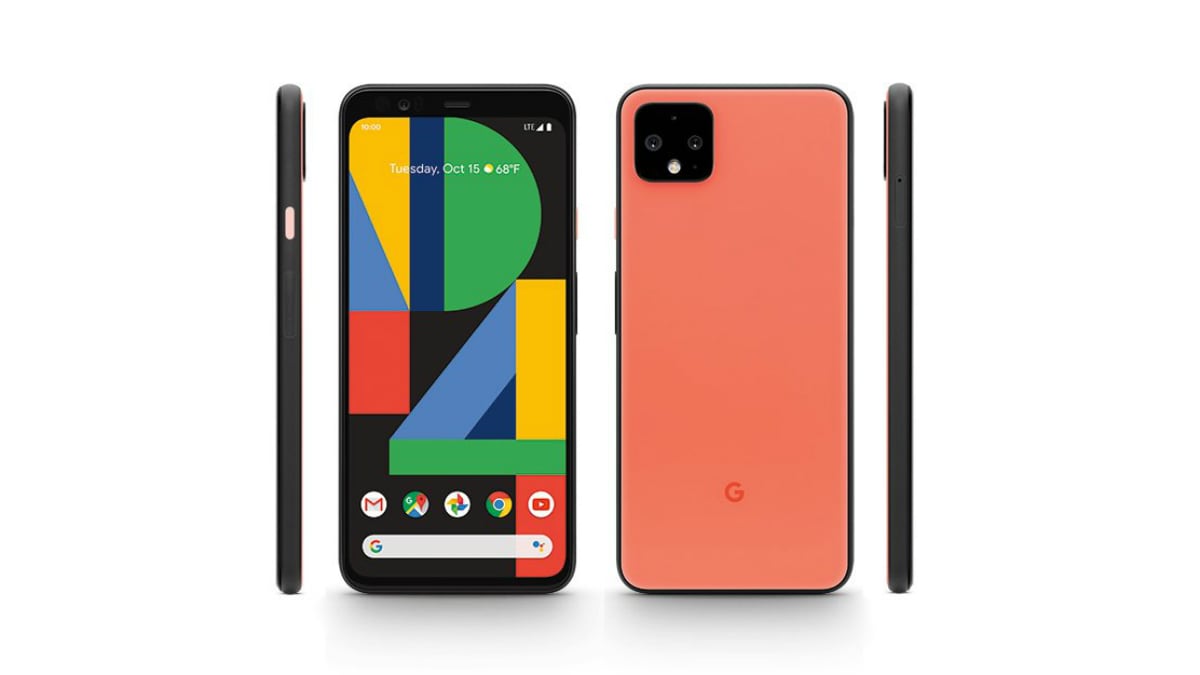 Specifically the render of the Pixel 4 XL in the Oh So Orange colour shows its power button in a light pink finish. This is unlike the other two colour options. The Clearly White model seems to have an orange coloured power button, while the purported Pixel 4 render that surfaced earlier this week in a "Just Black" colour options had a power button in grey finish. Furthermore, all three colour variants have a black-coloured frame.

Design-wise, the Pixel 4 and Pixel 4 XL seem to have identical aesthetics -- except different display sizes. Both phones are expected to have the same Clearly White, Just Black, Oh So Orange colour options. Further, the leaked renders show that there would a thick top bezel on both phones. The top bezel could include the Soli radar tech, which Google confirmed in the recent past. The Mountain View company reportedly used unethical tactics and targeted homeless people for building the facial recognition feature of the Pixel 4 models. Further, the phones appear to have the square camera module at the back.

Alongside the Pixel 4 phones, Google is likely to unveil its Pixel Buds 2 earphones at the hardware-focussed event on October 15.