Google is taking a rather unorthodox – or to put it correctly, anti-leak - approach of hyping up the Pixel 4, and that involves officially revealing it one feature at a time before its launch. Google has today made two major Pixel 4 announcements – support for radar-based hands-free gestures to perform a wide array of tasks on its next flagship and hardware-backed face unlock. The teaser video shared by Google also confirms the top-heavy design of the Pixel 4 that leaks had indicated, complete with thick bezels at the top and the familiar two-tone button colour scheme.

In an official blog post, Pixel product manager Brandon Barbello revealed that Google Pixel 4 will support face unlock and hands-free gestures called Motion Sense. But like a majority of smartphones that rely on the front camera for facial recognition, Google has equipped the Pixel 4 with dedicated hardware a la Apple's Face ID for more secure face unlock. All that works in conjunction with a radar-based system called Soli, something that has been in development at Google for nearly half a decade.

The Soli radar system, which was demonstrated back in 2015 and later got an upgrade, relies on motion sensing to detect hand gestures for performing tasks like changing track, adjusting volume, and interacting with a smartwatch with hand gestures. And while Soli-based devices are yet to become mainstream, a miniaturised version of it is now making its way to smartphones for the first time with the Pixel 4.

Google's Soli radar chip on the Pixel 4 will work in tandem with software algorithms to recognise hand gestures and detect when users are nearby. These gestures, which Google calls Motion Sense, will let users control music playback, silence phone calls, and snooze alarm among other tasks by just waving their hand in front of the phone. Google claims that Motion Sense will evolve over time and will give rise to more usage scenarios, but it will only be available in a few countries, possibly due to regulatory restrictions.

Another major upcoming feature on the Pixel 4 is hardware-based face unlock. Soli will cue facial recognition sensors when a Pixel 4 is picked up to allow devices to automatically unlock for their owners. "Other phones require you to lift the device all the way up, pose in a certain way, wait for it to unlock, and then swipe to get to the home screen. Pixel 4 does all of that in a much more streamlined way," Barbello said. 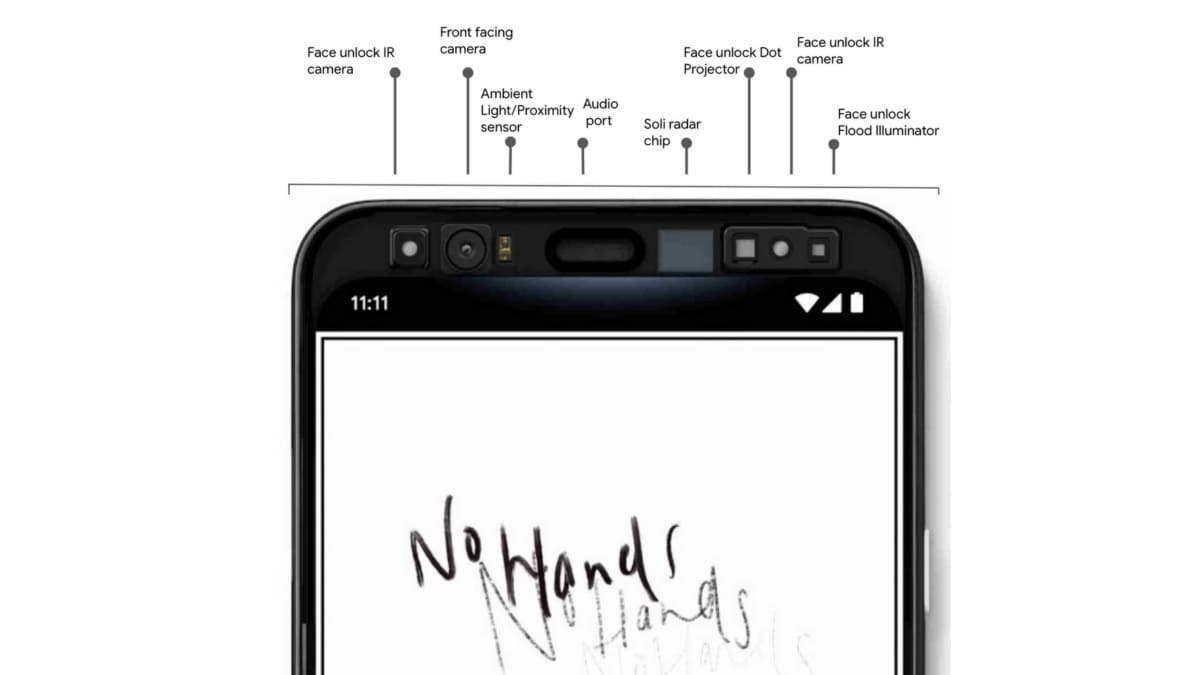 He added, "As you reach for Pixel 4, Soli proactively turns on the face unlock sensors, recognizing that you may want to unlock your phone. If the face unlock sensors and algorithms recognise you, the phone will open as you pick it up, all in one motion. Better yet, face unlock works in almost any orientation—even if you're holding it upside down—and you can use it for secure payments and app authentication too."

As for privacy, Google is quick to emphasise that face data stays on your phone, similar to Apple's approach. "Face unlock uses facial recognition technology that is processed on your device, so that image data never leaves your phone," Barbello said. "The images used for face unlock are never saved or shared with other Google services". Soli sensor data is also kept on smartphones and not shared with other Google services, according to Barbello.