Google Pixel 4 is confirmed to arrive with a next-generation Assistant integration.

Google Pixel 4, the next-generation flagship phone by the search giant, is likely to debut later this year. But ahead of any formal details, a couple of leak-based renders suggesting the design of the new Pixel phone have surfaced on the Web. The handset is presumed to retain the traditional display notch that was featured on the Pixel 3 XL last year and sport a square bump at the back with at least a dual camera setup. Google is also speculated to include either an in-display fingerprint sensor or 3D face unlock technology within the Pixel 4.

The fresh renders, courtesy OnLeaks and PriceBaba, are notably based on early prototyping schematics. It is, therefore, safe to take them with some scepticism.

As per the renders, the Google Pixel 4 comes with a square camera module at the back. The module appears similar to what has so far been seen from the early renders of the iPhone XI. Further, it is believed that the square bump has at least a dual rear camera setup -- the first in the Pixel series since previous Pixel models had a single camera sensor at the back.

The renders also highlight the absence of a traditional fingerprint sensor from the back of the Pixel 4. This suggests that the phone may have an in-display fingerprint sensor or 3D face unlock module at the front. Also, there is an earpiece at the front to hint at the availability of a display notch. This could be similar to the notch featured on the Pixel 3 XL last year. 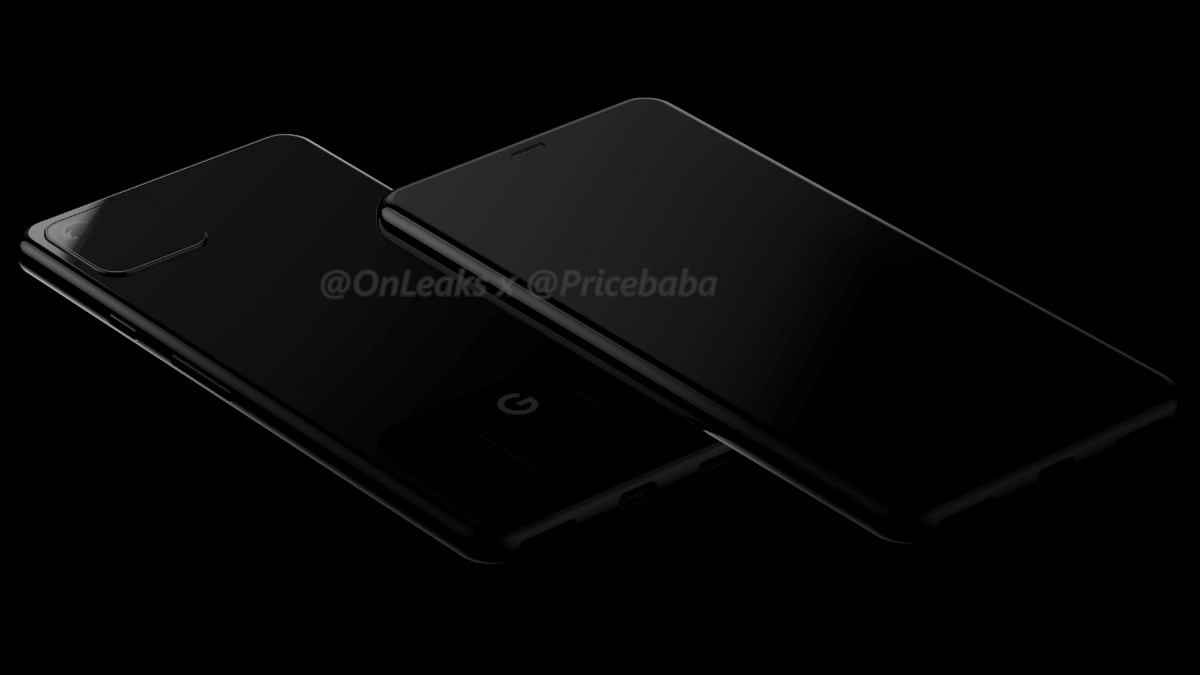 Google Pixel 4 may come with a earpiece at the front
Photo Credit: OnLeaks/ PriceBaba

Particularly looking at the second render, the phone appears to have two speaker grills and a USB Type-C port at the bottom. The Pixel 2 and Pixel 3 handsets notably had front-firing speakers.

The render also shows a volume rocker and a power/ lock key on the right of the smartphone, while its left side is bare. There is also no 3.5mm headphone jack visible on the handset.

In terms of specifications, the Google Pixel 4 is rumoured to come with the Snapdragon 855 SoC, paired with 6GB RAM. It is also expected to run Android Q out-of-the-box. Furthermore, we can safely expect that similar to the past, there could be not just one but two models in the 2019 Pixel flagship lineup.

At I/O 2019 last month, Google revealed that it is set to provide next-generation Assistant on the replacements to the Pixel 3 series, presumably the Pixel 4 and Pixel 4 XL. The new voice assistant offers faster responses by running locally on the hardware over the existing Google Assistant model that sends commands to a remote server over the Internet.