Google might finally introduce a feature that Apple has been using since the past three years.

Google's Pixel smartphones have rose to fame primarily because of its cameras. More than the hardware, Google's AI and machine learning post processing is the reason photos shot from any Pixel phone end up looking as good as they do. However, one little fact that would have gone unnoticed by many is that Google's default camera app still captures images in the sRGB colours space, whereas others such as Apple has moved on to the wider P3 colour space years ago. Now, a recent finding in Google's Camera app code reveals that the company might soon add support for the P3 colour capture, which could most likely debut with the upcoming Pixel 4 smartphones.

Senior XDA Developers member cstark27 found some code in the Google Camera app that allowed for wide-gamut P3 colour capture. He compiled this special version of the app, which manages to capture photos with the P3 colour gamut and this can be seen in the photo's EXIF data. Of course, to actually see the difference between sRGB and P3 gamut, you'll need a display and appropriate software that supports wider colour spaces. The samples taken by XDA can be found here. 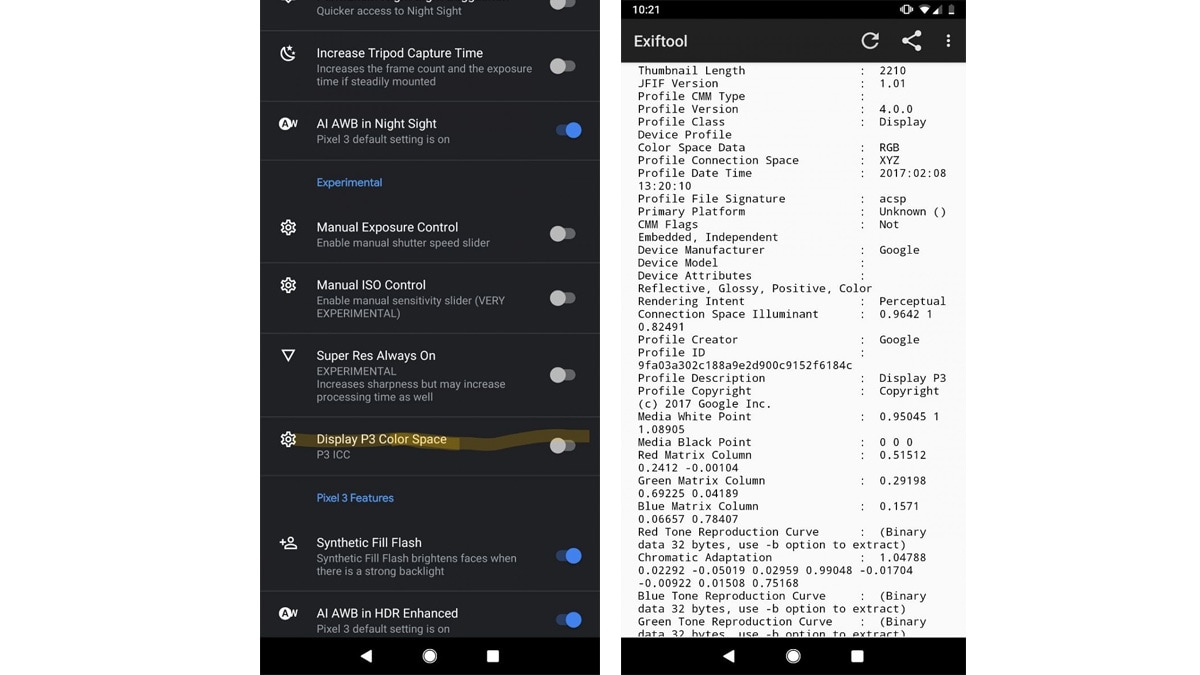 P3 or DCI-P3 is a wider colour gamut compared to the sRGB, and covers a wider range of reds and greens. This means photos shot in this colour space will be able to produce more subtle variations, hues, and details in these colours. High-end Android phones have been using DCI-P3 compatible displays for a few years now. If your phone has a colour management option in the Settings app, then you should have an option to switch to a DCI-P3 profile. The problem is that, Google hasn't added proper support for its app to be able to handle this wider gamut. According to XDA, Samsung's Gallery app is the only relevant app which colour manages photos on Android.

Apple on the other hand introduced P3 colour capture on the iPhone 7 and since then, has ensured that all the relevant apps support this wider gamut too. It is said that when images captured from an iPhone (7 or later) are viewed on most Android phones, the colours can look a bit off and that's because the app or device is not capable of displaying the extended colours gamut, so it approximates the colours to the nearest sRGB value. Now that this code has been discovered in the Google Camera app, it's possible that Google will flip the switch and enable this in Android Q for the Pixel 4. It's hard to say if Google will enable this for older phones too, although knowing Google, they could possibly keep it exclusive to the Pixel 4 initially in order to make its new phones stand out from the last generation.