Google Pixel 3a, Pixel 3a XL Price, Specifications, Key Features, Colours Ahead of May 7 Launch

Google Pixel 3a and Pixel 3a XL are said to come in Just Black, Clearly White, and Purple-ish colour options.

A tipster who uses a Twitter account with username @Samsung_News_ has leaked the specifications of the Pixel 3a and Pixel 3a XL. The Pixel 3a is claimed to come with a 5.6-inch full-HD+ (1080x2220 pixels) "gOLED" display with an 18.5:9 aspect ratio and 441ppi. It packs a 3,000mAh battery with an 18W fast-charging support and 150grams of weight. Furthermore, the phone is said to have "Just Black", "Clearly White", and "Purple-ish" colour options.

In addition to what has been rumoured on Twitter, Droid Life has reported some of the key features of the Pixel 3a and Pixel 3a XL. The phones are claimed to have an "extraordinary" camera with Google's Night Sight, Portrait Mode, Motion Auto Focus, and unlimited Google Photos storage. Further, the Pixel models are said to support fast charging to deliver seven hours of use in 15 minutes of charge.

The Pixel 3a and Pixel 3a XL are reported to have 12.2-megapixel Dual Pixel cameras, 4GB RAM, 64GB inbuilt storage, 8-megapixel selfie camera, and squeezable Active Edge sensors. It is also said that the phones would come with rear fingerprint sensors and run Android 9 Pie out-of-the-box. 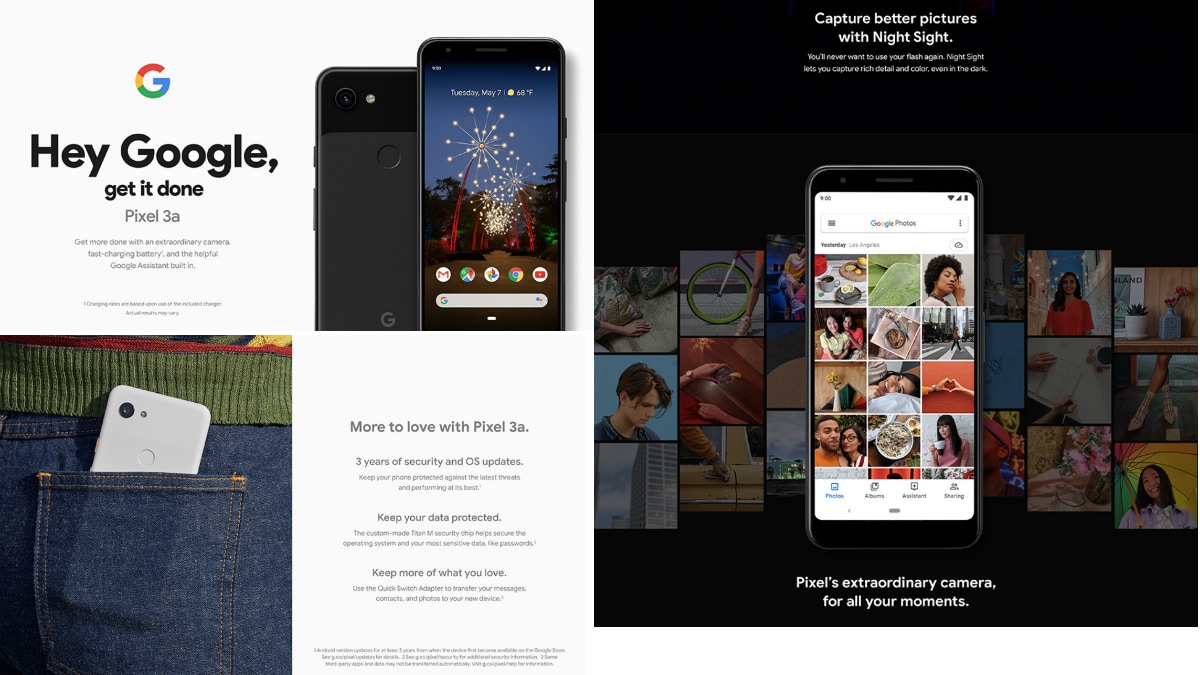 Final renders that apparently reveal the design of the Pixel 3a and Pixel 3a XL as well as their colour options. The renders give a side-by-side view from the rear of the new Pixel phones. Interestingly, there is the new Purple-ish colour variant that has the power button in Yellow colour. The renders also show the regular White colour option with a bright Orange power button. Moreover, there is the Black variant with an evenly-painted power button. Alongside the leaked specifications, features, and renders, the alleged packaging of the Pixel 3a has been shown off by YouTube channel This is Tech Today. The box shows the back of a White colour Pixel 3a model. At the side, the box details specifications such as 5.6-inch display, 64GB storage option, and model number GO20G. The phone is also said to have a 128GB storage. 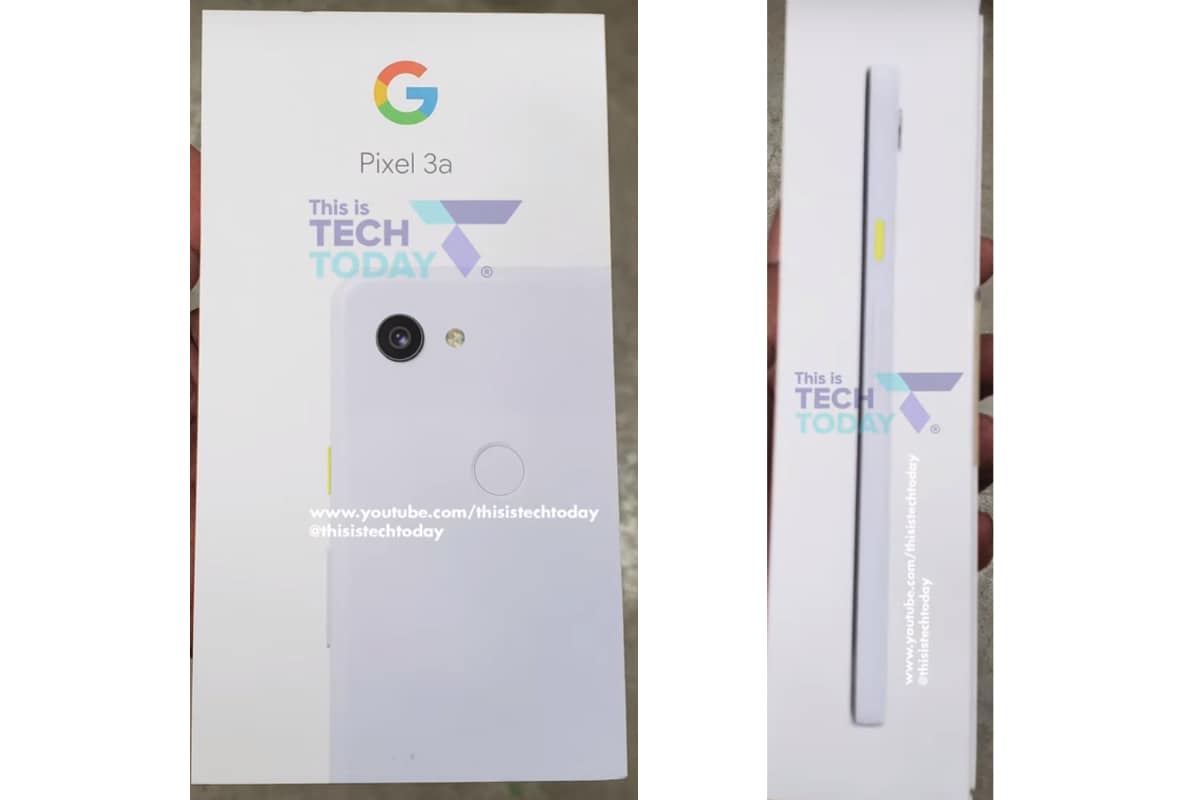 Google Pixel 3a alleged retail packaging shows the back of the phone
Photo Credit: YouTube/ This is Tech Today

Since Google hasn't revealed much about the Pixel 3a and Pixel 3a XL, it is safe to take all the early details with a pinch of salt.

As we mentioned, the Pixel 3a and Pixel 3a XL are expected to go official during Google's I/O keynote on May 7. Online marketplace Flipkart has also already teased their launch in India for May 8.

Google Pixel 3a, Pixel 3a XL Price, Specifications, Key Features, Colours Ahead of May 7 Launch
Comment
Read in: বাংলা