Google's flagship Pixel devices are said to be manufactured by Foxconn this year, and the smartphones are expected to embrace the notch, at least the Pixel 3 XL will. Now, fresh images of a Pixel 3 XL prototype have emerged online showing us the device from all angles. Furthermore, Phone Designer, known for its renders based on leaks, has made fresh ones based on these latest images as well. Google is expected to launch three variants of the Pixel 3 this year, and codenames for the three have been doing the rounds as well.

A user on XDA forums leaked the front and back of the Pixel 3 XL smartphone first, and then later in the day, posted more photos with the smartphone in view from all angles. These photos show the Pixel 3 XL sporting a notch display housing two front camera sensors. There's a slight chin at the bottom for the front facing stereo speakers as well. At the back, we see a single rear camera with another sensor placed between the flash and the lens. The fingerprint scanner is also seen at the back. The back panel is glossy, rather than the matte one seen on previous generation phones, suggesting a glass back. The top portion of the back panel is a little glossier than the rest of it, and the distinctive line separating the top and bottom has also been removed. If the Pixel 3 XL does have a glass back, then it may come with wireless charging support as well.

Interestingly, these photos suggest that the SIM tray will be located at the bottom edge of the smartphone, right next to the USB Type-C port. There's no sign of the 3.5mm audio jack indicating that Google will not bring it back. Furthermore, the volume rockers and the power button are housed at the same spot as was on the previous generation. The codename 'crosshatch' is also spotted on the display, lending weight to its legitimacy.

Instead of the Google logo, there's another peculiar logo at the back of the Pixel 3 XL. This could be the official prototype logo that the tech giant may be using, until the final product is ready. A similar logo was seen last year as well, something that 9to5Google first noticed. While this looks like a legitimate prototype, it in no way means that the Pixel 3 XL will look the same commercially. Hence, we recommend you to take these leaks lightly for now.

Phone Designer made renders based on these leaks as well, and the renders give us a good look at the front and the back. You can see the render images below. Again, these are not the final version images, and just based on prototype leaks. The designer had made renders earlier as well, based on the screen protector leak at that time. 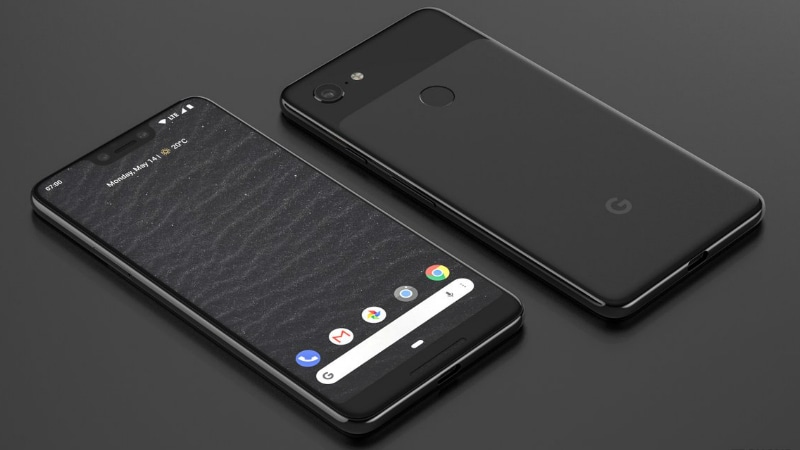 We expect Google's next flagship to come with features such as a Qualcomm Snapdragon 845 SoC, dual rear cameras, and 6GB or 8GB of RAM. These and other details will get clearer closer to launch that might happen in the second half of 2018.

Further reading: Google, Google Pixel 3 XL
Tasneem Akolawala Email Tasneem Tasneem Akolawala is a Senior Reporter for Gadgets 360. Her reporting expertise encompasses smartphones, wearables, apps, social media, and the overall tech industry. She reports out of Mumbai, and also writes about the ups and downs in the Indian telecom sector. Tasneem can be reached on Twitter at @MuteRiot, and leads, tips, and releases can be sent to tasneema@ndtv.com. More
Google Bars Uses of Its Artificial Intelligence Tech in Weapons
Experts Grade Apple's and Google's New Tools to Fight Smartphone Addiction