The latest revelation shows a wide-enough display notch on the Google Pixel 3 XL.

Google Pixel 3 XL is apparently stealing the charm of the 2018 iPhone models, at least when it comes to leaks. Just in a week after it was spotted on public transit, the Pixel 3 XL has now appeared in a couple of shots that are seemingly taken on Canadian public transport. The new shots clearly show the display notch of the upcoming Pixel model as well as its back panel that appears to have a single image sensor, coupled with an LED flash. It also seems that the notch of the Pixel 3 XL has a room for not just one selfie camera but a dual camera setup - as initially suggested by the images allegedly showing the prototype of the Pixel 3 XL.

Similar to the previous revelation, a MobileSyrup reader has spotted a passenger using a handset on a public transit in Toronto, Ontario that is believed to be the Pixel 3 XL. The model has a display notch that includes a dual camera setup as well as a pill-shaped speaker grill. There are status bar icons such as the vibration, network status, and battery icon at the right, while the left side shows the time and app notifications. The user is apparently using WhatsApp. Notably, Android 9.0 Pie already has notch support and enables the interface to split the status bar into two sides - similar to how the notch-enabled iPhone X shows different status icons.

Coming towards the back, another shot leaked by MobileSyrup shows that the rear panel of the Pixel 3 XL looks quite close to the Pixel 2 XL. There is a glass panel covering the top area, while a matte finish is featured just below the glass panel. The hand placement in the image has hidden a major part of the back side that could include the fingerprint sensor and Google 'G' logo. However, a glimpse of the barcodes can be noticed underneath the fingers. 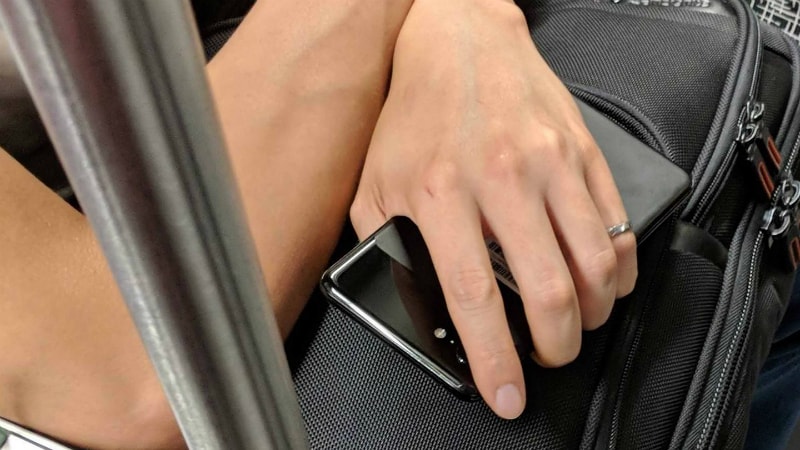 If we believe a previous report, Google will eventually unveil the Pixel 3 XL alongside the smaller and cheaper Pixel 3 at an event on October 4. The Pixel 3 XL is likely to feature a 6.7-inch QHD+ (1440x2960 pixels) QHD+ display and include a Snapdragon 845 SoC, paired with 4GB of RAM. It is also rumoured to have a 3,430mAh battery and include a 12.2-megapixel rear camera as well as three front sensors of 8.1-megapixel resolution. One of the sensors is likely to support facial recognition. Furthermore, the handset could have wireless charging support.

Further reading: Google Pixel 3 XL, Google
Jagmeet Singh Email Jagmeet Jagmeet Singh writes about consumer technology for Gadgets 360, out of New Delhi. Jagmeet is a senior reporter for Gadgets 360, and has frequently written about apps, computer security, Internet services, and telecom developments. Jagmeet is available on Twitter at @JagmeetS13 or Email at jagmeets@ndtv.com. Please send in your leads and tips. More
Nvidia's Latest GPUs Aim to Boost the Realism of Graphics
Microsoft Ties Fake US Political Websites to Russian Hackers