Google Pixel 3 Lite has now been spotted alongside some of the most popular smartphones, including the Apple iPhone XR and iPhone XS, as well as the original Pixel model. The latest bunch of leaked images also features the Pixel 3 Lite against the iPhone 5s and Nokia 3310. The new Pixel model is codenamed Sargo. The handset is expected to debut within the price range of $400 and $500 (roughly Rs. 28,300 - Rs. 35,400). The new development emerges just after an image showing the Pixel 3 Lite next to the Pixel 3 surfaced online. Some purported camera samples of the rumoured Pixel model also leaked recently.

Russian source Wylsa has leaked the images showing the alleged Google Pixel 3 Lite against other renowned models. One of the images shows that the new Pixel model is nearly same size as the original Pixel. Similar is the case with the iPhone XR that is a bit larger than the iPhone XS. However, unlike the iPhone XR and iPhone XS, the leaked Pixel device has a traditional display panel - without any notch. 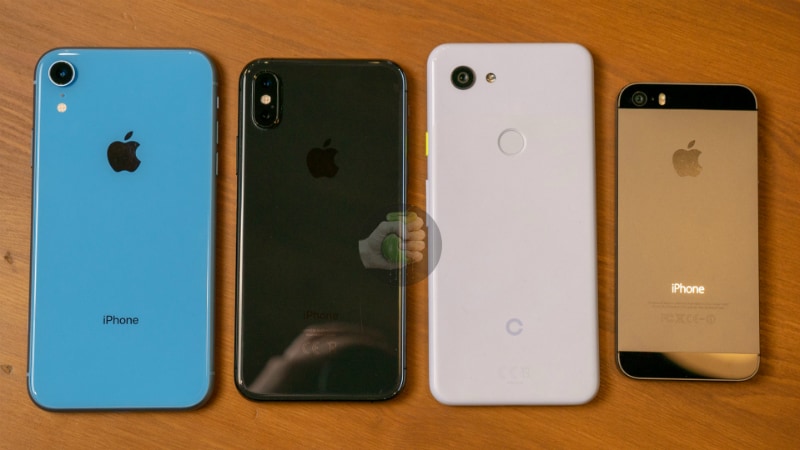 There is also an image showing the rumoured Pixel 3 Lite model next to the original Nokia 3310. The feature phone is indeed much smaller in size over the handset that is likely to debut in the Google Pixel family very soon. 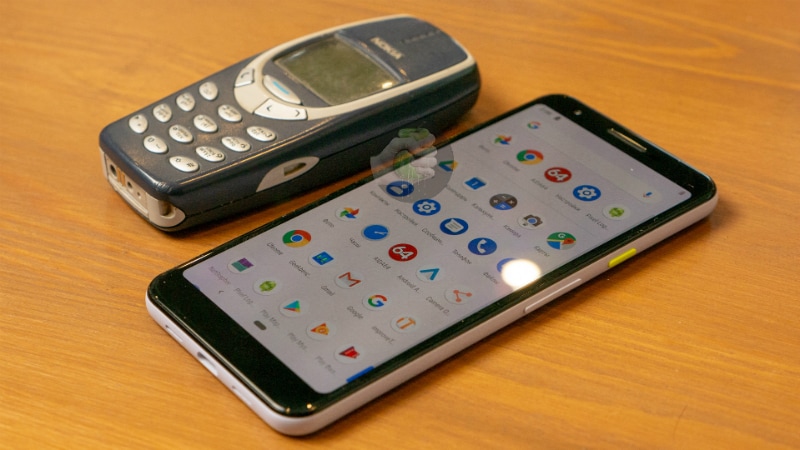 The new images come just after the Pixel 3 Lite featured against the Pixel 3. Some hands-on images of the new Pixel phone also surfaced earlier this month. The images showed that the handset has a 3.5mm headphone jack, plastic build, and a rear-facing fingerprint sensor. Some camera samples of the purported Pixel 3 Lite also suggested its capabilities to capture a good amount of detail in low light as well as heavy overcast conditions.

The Pixel 3 Lite is so far rumoured to debut with a 5.56-inch full-HD+ (1080x2220 pixels) IPS display along with an 18.5:9 aspect ratio and a pixel density of 444ppi. It is also said to have an octa-core Qualcomm Snapdragon 670 SoC, coupled with Adreno 615 GPU and 4GB of RAM as well as 32GB of onboard storage. Moreover, the handset could run Android Pie out-of-the-box and pack a 2,915mAh battery along with support for Qualcomm's Quick Charge 4+.

Further reading: Google Pixel 3 Lite, Pixel 3 Lite, Google
Jagmeet Singh Email Jagmeet Jagmeet Singh writes about consumer technology for Gadgets 360, out of New Delhi. Jagmeet is a senior reporter for Gadgets 360, and has frequently written about apps, computer security, Internet services, and telecom developments. Jagmeet is available on Twitter at @JagmeetS13 or Email at jagmeets@ndtv.com. Please send in your leads and tips. More
Microsoft's Stock Market Value Catches Up With Apple
Moto G7 Play With Display Notch, Snapdragon 632 Spotted on FCC in the US