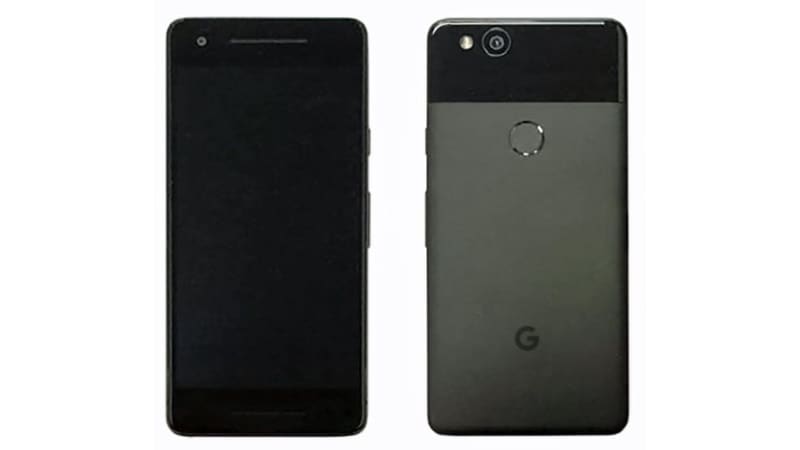 Rumours and leaks have been flying around about the upcoming generation of Google Pixel smartphones and the handset's regular-sized variant - expected to be called the Pixel 2 - has now been spotted on the US FCC website. Apart from confirming that the regular variant will be manufactured by HTC, which was already suggested before, the documentation has revealed that it will come with a squeezable frame just like the HTC U11.

As per the US FCC website documentation, spotted by Android Police, Pixel 2 will support 'Active Edge' squeezable features, which are expected to work like Edge Sense features that were introduced by HTC on its U11 smartphone. This essentially means that users will be able to perform certain functions in the smartphone by simply squeezing its frames from the sides. To recall, this information was already leaked earlier.

The device with model number NM8G011A, where 'G' indicates it is a Google product as per AP, can be seen running Android 8.0.1 and comes with security patch dated August 5. The Pixel 2 smartphone has been tipped to be powered by either Snapdragon 835 or 836 due to the presence of "8998" band, as per the report. A recent report also suggested that the upcoming Pixel smartphones will be the first to sport Qualcomm's Snapdragon 836 SoC.

According to the documentation, the Pixel 2 smartphone is expected to come with 64GB of built-in storage and support NFC, Bluetooth, and 802.11ac Wi-Fi. The smartphone will sport 4GB of RAM, apart from 64GB and 128GB of internal storage options. So far, the Pixel 2 and Pixel XL 2 have also been tipped to sport an 'Always On' display mode. Finally, Android Police points out that the FCC listing of the previous generation Pixel smartphones was spotted around the same time last year, which can mean that the new generation might be launched in October this year as well.

To recall, as per previous leaks, the Pixel 2 and Pixel XL 2 are rumoured to feature a 4.95-inch full-HD and 5.99-inch QHD (1440x2560 pixels) displays respectively that will be manufactured by LG. While the regular variant of the smartphone is expected to be manufactured by HTC, just as last year, the XL variant has been tipped to be made by LG.