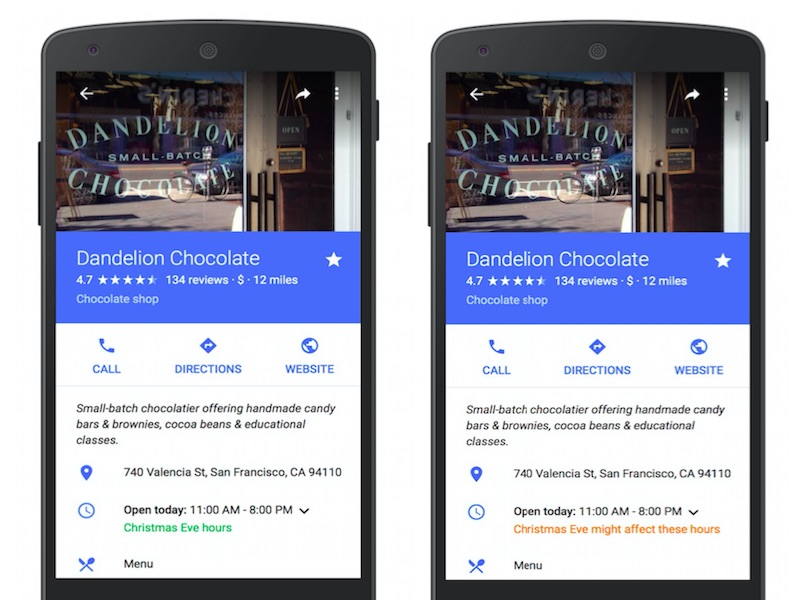 Google has finally added a feature to Maps and Search that people have had wanted for years. The Mountain View-based company has announced that users will now be able to find out whether a business is open during a particular festive season. Separately, the company also updated its Calendar app to add the 'Trash' feature.

It's very likely that you've visited a place only to find that it is closed due to a local or national holiday. Google says that it realises this issue, and that is why it will now let people know looking for a place on Maps or through its search engine whether that place will be open on an upcoming holiday in the next seven days - a feature called holiday hours.

"We've added holiday hours to Maps and Search, so when you search for a business and a major holiday is within the next seven days, you'll see whether the business has a special holiday schedule. Not only will you avoid showing up to find the doors locked, but you'll save time by not having to call the business or check the website for hours," the company wrote in a blog post.

For the places that haven't specified their schedules, Google will warn users that the upcoming holiday may affect the opening and closing time of a store or any other place. Users can also filter the result by specifying that they only want to see places that are say, open during a certain period. The company says that the feature will work worldwide and on both mobile and desktop devices, though our attempts to see any Indian organisation or eatery reflect such information were not fruitful.

Separately, the company also added a new feature to the Web client of Calendar. The interface of the service has been tweaked to add a Trash section, from where users can bring back the schedules and plans they accidentally deleted. You can also permanently delete such data from there. The feature is already live for Gmail and Google apps users.