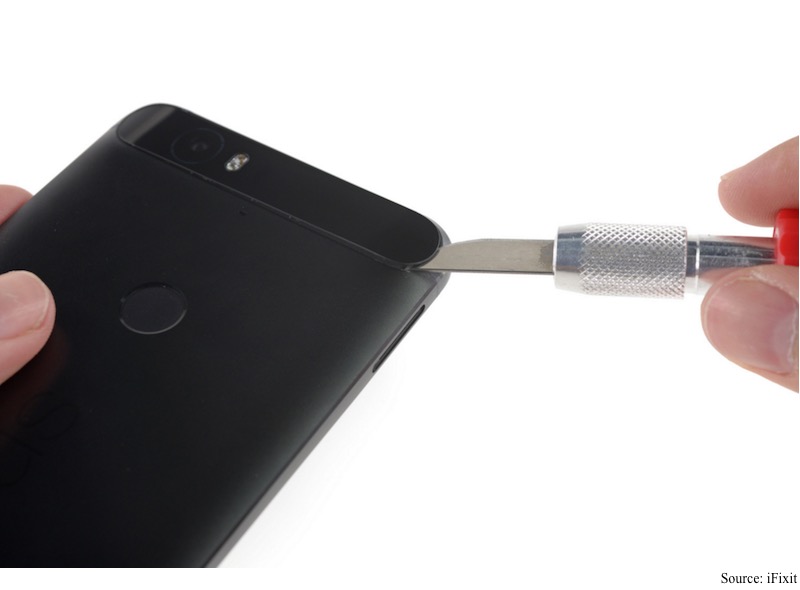 A downside of metal-clad, unibody design smartphones is that they are just as difficult to open, hence repair. And that seems to be the case with the Nexus 6P, one of the two flagship smartphones Google launched last month. As impressive as the all-metal smartphone appears on hand and paper, it is going to cost you a lot of money to repair its components, a conclusion folks at iFixit reached after tearing down the handset.

iFixit cracked open the Nexus 6P to reveal the innards, and just how Huawei has put together different components. And they weren't very impressed. The unibody design makes it difficult to open the handset, iFixit team noted. Any forceful and desperate attempt is highly likely to damage the glass camera cover. "Because of the unibody design, this makes every component extremely difficult to replace."

Moving along, the company has packed in the internal components with an excessive amount of adhesive. The arrangement has been made in such a way that it is not possible to get to the display assembly without having to go through nearly every other internal component.

Another interesting observation was that the round-shaped fingerprint sensor in the handset isn't really round. Instead, it's square. The company has made a round opening for the square component. The handset comes paired with Qualcomm SMB1351 Quick Charge IC, which is interesting as neither of new Nexus smartphones officially supports Qualcomm Quick Charge - but does feature 'Fast Charging'.

The team gave the handset a repairability score of 2 out of 10, placing it behind nearly every notable smartphone in the recent times including the iPhone 6s.