Google Nexus 6 Will Not Be Made by Us: LG Executive 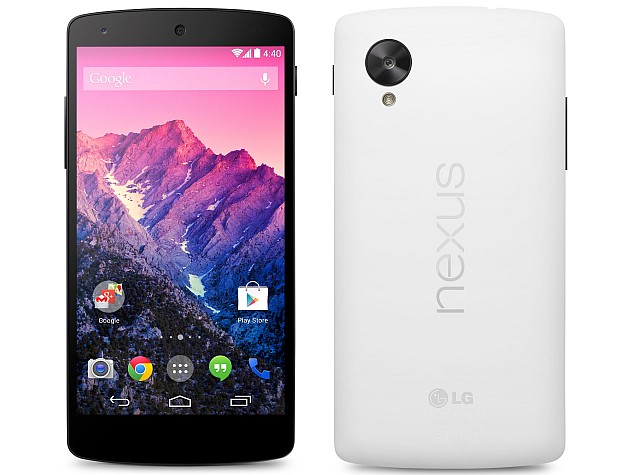 The latest reports indicate that LG might not be the manufacturer Google contracts to create its next Nexus smartphone, thought to be called the Nexus 6. As recently as last month, a report had indicated the next Nexus handset would be based on the recently launched LG G3, but now according to an LG executive quoted in an interview, this might not be the case.

In a recent interview with draadbreuk website (via Phonearena), Ken Hong, LG's Communications Director, stated that if Google was planning a Nexus 6 with LG, they must have approached LG by now, like it happened with Nexus 5 (Review | Pictures).

"I know at least not yet. Normally, we were informed," Hong stated. "That can mean two things. Either I got ignored, or we simply won't be making [the Nexus 6]," he quipped.

Hong also stated that he is fine with other manufacturers creating devices in the Nexus lineup. "If you can develop a Google phone that gives credibility. But money you earn is not easy, and you become too dependent on Google," he added.

The LG executive also spoke about supply issues related to Nexus handsets, with special reference to the Nexus 5, "Google determines how many phones are to be made, and we do that. If it is stated that LG produces too few Nexus phones, the media then is simply incorrect. We get asked, we deliver."

The news however contradicts last month's reports where it was reported that Google, after the Nexus 5, is again in talks with LG for making the Nexus 6, and is additionally negotiating deals with several Asian fingerprint sensor suppliers.

It was also speculated that Google might not include the same 5.5-inch display as the LG G3, as it plans to include a fingerprint sensor below the display, meaning a smaller display would be used.

Moreover, the next Nexus smartphone as per Sundar Pichai, Senior Vice President at Google in charge of Android, Chrome and Google Apps, is scheduled to arrive in the second half of 2014.

For the rumoured Nexus 8 tablet, we can only assume the involvement of HTC and Asus, companies that have been speculated to make the next Nexus tablet. The rumoured tablet might arrive as soon as next week at the Google I/O 2014 event based on the increasing number of leaks. Earlier this month, the alleged Nexus 8 tablet surfaced online in a low-res image. Some of the specifications based on leaks and rumours include a chipset with 64-bit architecture, 3GB of RAM and 8.9-inch display.