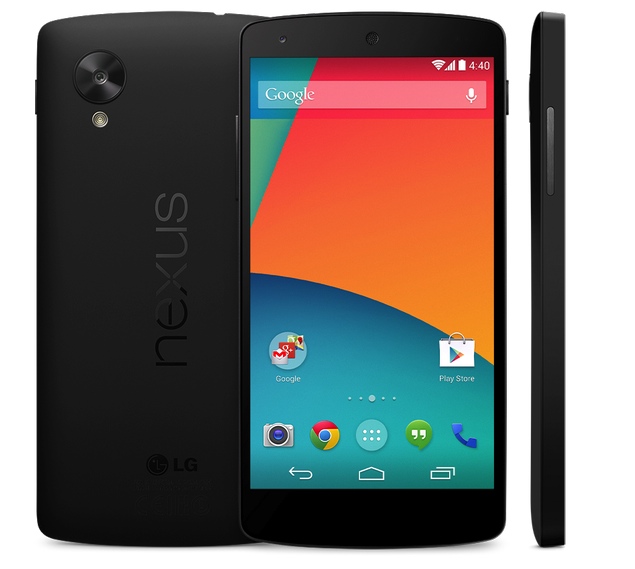 Google's much awaited next-generation Nexus phone, the Nexus 5 has already made an online appearance.

Interestingly, the leak comes from not any other source but Google, as the phone was accidentally listed on the Play Store, the company's content, services and device marketplace. The listing appeared for select users and was pulled by Google after it realised it's made a faux pas.

The listing even revealed the pricing of the Nexus 5's 16GB model, which was listed at $349. The listing showcases the phone in its full glory offering a nice look at the phone's rear, front and left edge. The pictured device's form factor is in line with previous leaks with the back sporting the Nexus and LG branding and the display running a version of Android that matches the leaked Android 4.4 KitKat screenshots complete with the transparent navigation key bar and new icons. 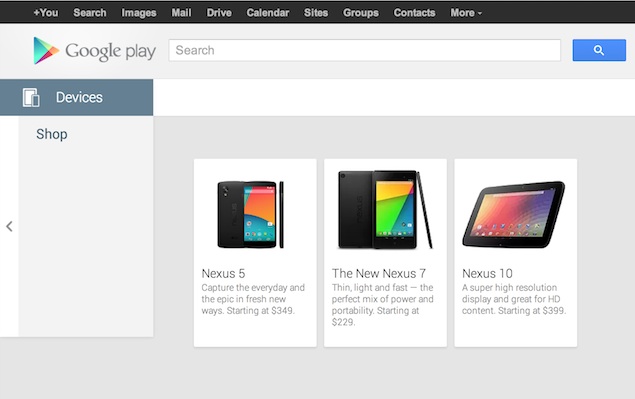 Confirming some more rumours, the Home screen of the phone doesn't feature an icon for Messaging, which appears to have been replaced by the Hangouts app, as suggested by the presence of its icon.

The link that should have fetched details related to the features and specifications of the device was not working, so we'll probably have to wait for these details till Google announces the phone.

A recent report had suggested that the Nexus 5 might be priced at $399 for the 16GB model, while the 32GB model would come at $499, but that looks to have been proven wrong with this accidental listing.

Last week, another report claimed that Google might release Android 4.4, the latest iteration of its mobile and tablet operating system, on October 28. So it's likely that the company  will also announce the Nexus 5 at the same event.

Earlier this week, the Nexus 5 was pictured in new leaked images that revealed rear and side panels.

Rumoured specifications of the Nexus 5 include a 4.95-inch full-HD (1080p) IPS LCD display, Qualcomm Snapdragon 800 quad-core processor clocked at 2.3GHz, 2GB of RAM, 8-megapixel rear camera with OIS and a 1.3-megapixel front-facing camera. The alleged Nexus 4 successor has also been expected to include a host of sensors like ambient light, proximity, pressure as well as accelerometer, compass, notification LED and gyroscope.
Comments