OnePlus 3 and later models that run Android Oreo or a higher version are compatible with Google Assistant Ambient Mode. 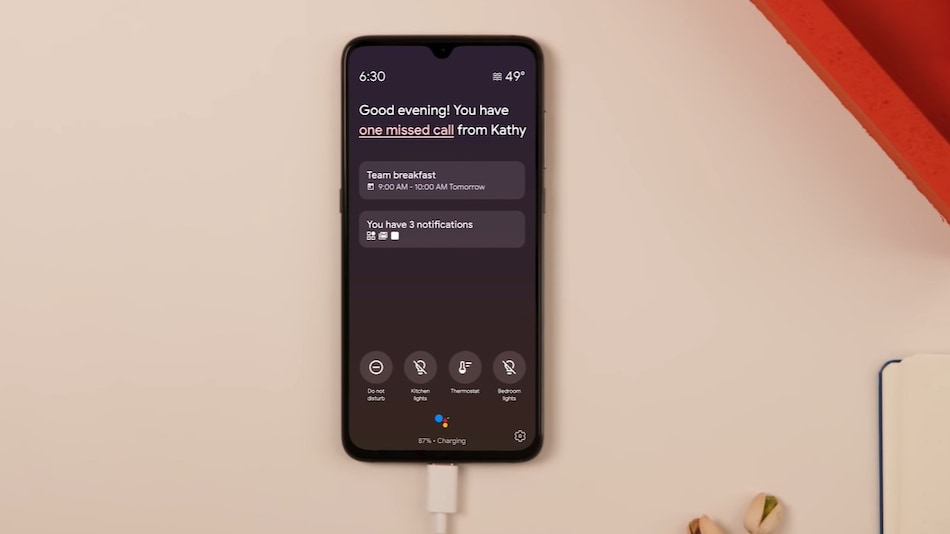 Google announced the Google Assistant-powered Ambient Mode at IFA 2019, and began its limited rollout late last year. After making its way to a bunch of Nokia, Sony, and Xiaomi smartphones as well as Lenovo tablets, the feature is now hitting OnePlus phones. The Chinese-smartphone maker has begun the rollout of Google Assistant Ambient Mode for OnePlus phones. The feature essentially turns the phone into a smart display that can show a dynamic slide of photos in the gallery or a dashboard for controlling smart home devices and other tasks while it is being charged.

OnePlus noted in an official forum post that the Google Assistant Ambient Mode is now rolling out for OnePlus 3 and all phones launched subsequently. However, the feature is being rolled out in a phased manner, and it might take up to a week to reach all compatible phones. It must also be noted that Google Assistant Ambient Mode is only compatible with phones running Android Oreo or a later version.

If you have a compatible OnePlus phone and have already received this feature, you can follow this path to enable the Google Assistant Ambient Mode: Google App Settings > Assistant > Devices (Phone). Alternatively, just connect the charger and tap on the Ambient Mode notification to go through the setup process to enable the feature.

As for the feature itself, Google Assistant Ambient Mode provides information such as weather, reminder, and more while the phone is being charged. Additionally, it also lets users control music playback and access their smart home devices with a single tap. Or, users can choose to turn their phone into a smart display and set a dynamic wallpaper slide show with photos picked up from the gallery.