Samsung, Huawei and Apple, together cornered almost half of the smartphone market worldwide.

Apple iPhone shipments were down 4 percent, according to the report by Counterpoint Research

Samsung led the market with 21 percent share with strong demand for its A and Note smartphone series, while Huawei reached a record high with 18 percent share.

"The global smartphone market ended a long period of continuous YoY declines in Q3 2019 due to increased shipments in India and China," said Shobhit Srivastava, Research Analyst at Counterpoint Research.

The top three brands, Samsung, Huawei and Apple, together cornered almost half of the smartphone market, with the rest of the market left for hundreds of other brands to compete fiercely.

Apple iPhone shipments were down 4 percent, and as a result, revenues fell 11 percent YoY. 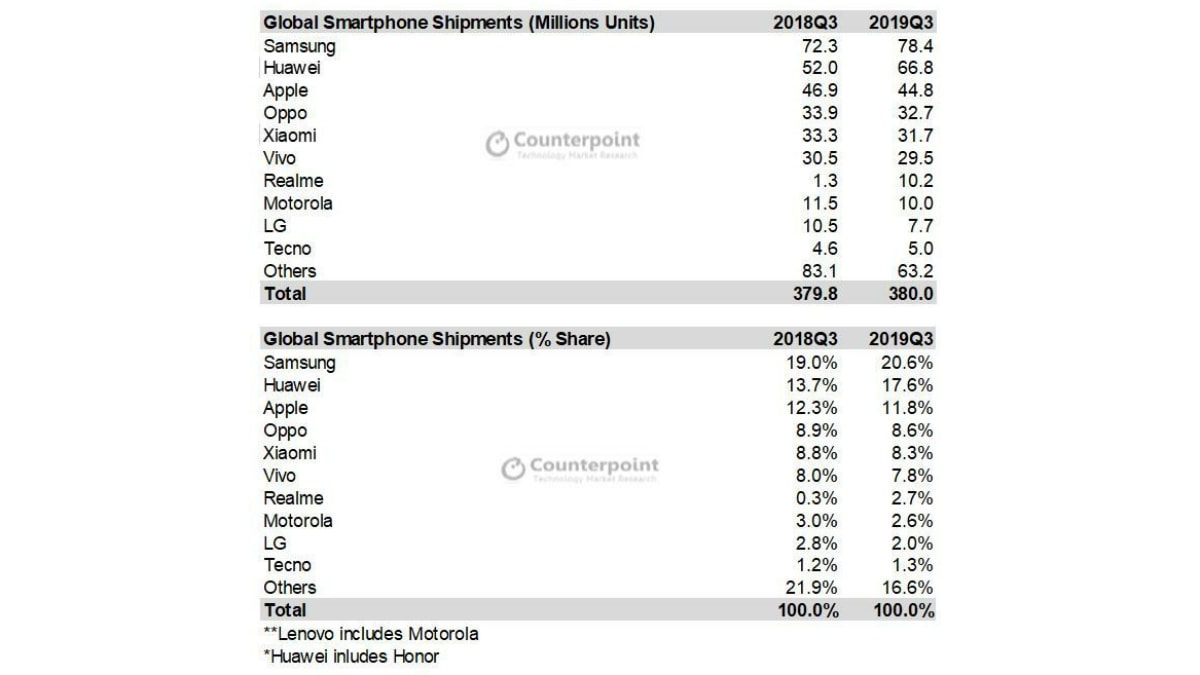 The positive response for the latest iPhone 11 series during the tail end of the quarter is a silver lining for Apple going into the holiday season quarter, said the report.

Tarun Pathak, Associate Director at Counterpoint Research, said that the US trade ban on Huawei did not affect the overall brand's shipments and growth in Q3 2019 after the uncertainties in June.

"Huawei's strategy to supplement its decline in overseas market share with domestic push paid off handsomely.